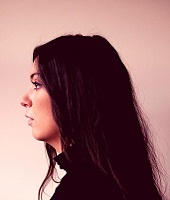 After Lucy May Walker graduated from the University of Cumbria with a 1st class honours degree in performing arts, she decided to take a step away from theatre and concentrate solely on music.

Shortly after moving to London in 2014, Lucy took part in The Mayor of London busking competition, which opened her eyes to a whole new world of performance art. The competition inspired her to get into busking, and after a number of successful auditions, she acquired numerous licenses to busk across the city.

Alongside busking, Lucy spent time writing and performing her own original songs and in November last year, she went up to Leeds to record her ep, Heartbreak Songs, with Joe & David Dunwell.

Lucy self-released the ep worldwide via AWAL, which reached an impressive no. 3 in the iTunes Singer/Songwriter Chart. The official music video for the single, You’re Not Alone, (directed by Declan Creffield) inspired by her time living in London, reached nearly four thousand views.

To promote the ep, Lucy May put on her debut UK headline tour, playing with a band for the first time, which sold out in both Birmingham and London. 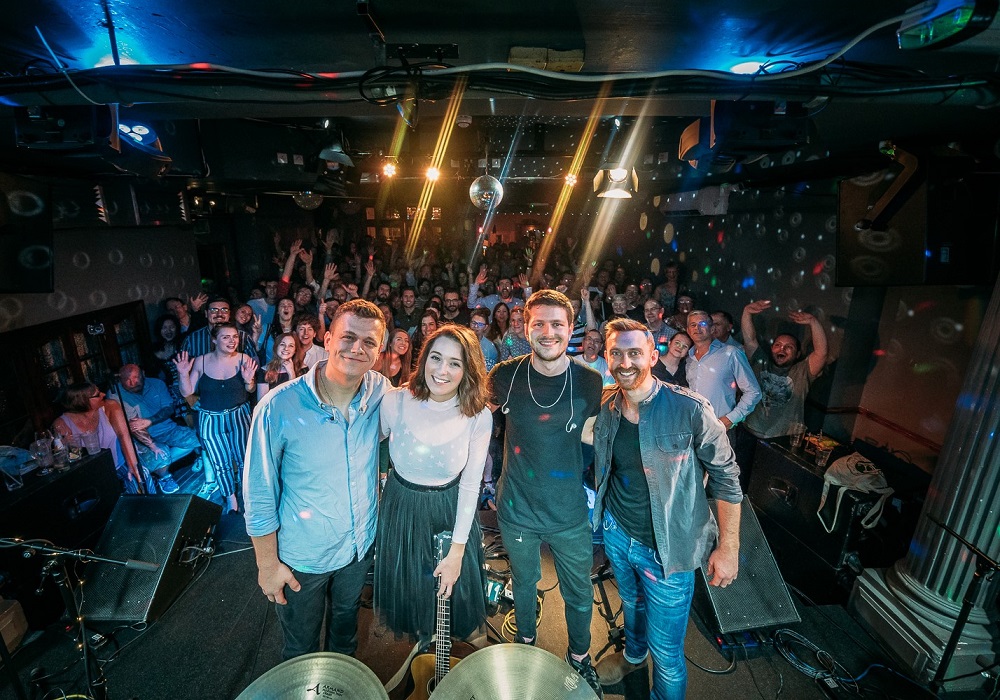 (Picture by Daniel Lapena Gomes {DLG Photography} at Lucy May Walker’s sold out show at The Water Rats, London)

In August Lucy will be heading up to the Edinburgh Fringe Festival for the month to busk on the famous Royal Mile in the hope of growing her audience across the UK. 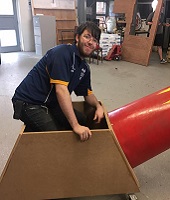 Sam describes his time at UoC as “the best three years of my life”. He was part of a close group of friends at Brampton Road, and he still takes the time to see them and hang out. “The course was perfect” explains Sam, “Based around the practical element of technical theatre, I got a lot of hands on experience. It was also 5 minutes away from a working theatre, the Sands Centre, so I would always be able to see professional shows plus I ended up working there as well.”

Originally from the Isle of Man, Sam didn’t have a clear goal in mind for his career before starting university. But he always knew that he wanted to work do something in the theatre industry and get the opportunity to go on tour with productions.  “University has definitely helped me focus on what I want to achieve and where I want to be in life, it shaped my drive”.

Sam is now the Theatre and Performing Arts Residential Technician at Gordonstoun School in Elgin, in the North East of Scotland. The school has some very famous alumni including HRH The Prince of Wales and his father HRH The Duke of Edinburgh. “I would not be here without my degree” states Sam, “The experiences and skills I gained at uni and whilst I was working at the theatre across the road from campus helped me get where I am today”.  The most satisfying part of the role, he explains is “teaching the pupils about the technical side of a theatre”.

Looking to the future Sam’s goal is still to tour with a production company or be a technician at a theatre. His degree not only gave him the practical theatre skills required but also taught him the importance of chasing what you want. “Everything you do while at uni will help you in the future with your career” Sam adds.

Rebecca is a Junior Technical Consultant at VLDB Solutions, a data consultancy company, which is a job she loves. In her spare time she writes screenplays, which is something she has been doing since her university days. “My ambition has always been focused on films” she explains. Rebecca hopes that when she has a full portfolio of writing she can approach an agent and then get the screenplays into production.

Originally from Carlisle, Rebecca studied on our Lancaster campus to take up her course in creative writing. “I first visited in late spring and the campus was so green and healthy looking. It seemed like a good place to write, and it was” states Rebecca. “I have always wanted to write.”

Rebecca has a lot of good memories from uni and is still in touch with her best friend, who next year will be her maid of honour when she gets married to a man she met whilst studying in Lancaster. “I met my best friend at uni, I met my husband to be, I grew up a lot and got over most of my social awkwardness. I came out with a more realistic idea of how I wanted my life to go. If I could go back, I wouldn’t change a thing”. 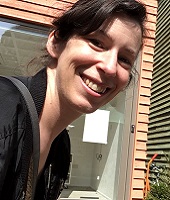 Fiona is a graduate from St. Martin’s College, Lancaster campus. She originally picked the campus as it was the closest teacher training college to Preston, where she was living. Officially rated as outstanding for teacher training at the time, which was a fact evident when Fiona undertook her first teaching post. “When I compare the big quality training I took for granted, to the training of colleagues when I started my first job this was very clear”.

Fiona has loved history since she was tiny and chose to teach her subject to secondary pupils as they were “likely to be more engaged in the subject” she explains. She would not be where she was today without her degree from St. Martin’s, and when asked if her time at university changed her life and shaped her career her response was simply “absolutely”.

Fiona is now the Head of Sixth Form at the Urswick School in Hackney London. Rapid promotion in the early stages of her career saw her as Head of Year after only her first two years of teaching, a fact she is justifiably proud of. These days the most satisfying part of her role is seeing the students’ progress.