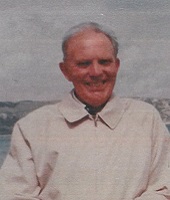 David was one of the second cohort of staff to St. Martins, joining the English Department.

David was educated at Loughborough Grammar School before going to Liverpool University where he was awarded a First Class Honours Degree in English.  He followed this with a PGCE and then taught for several years.

He was not a flamboyant lecturer but was described by a former student as "a traditional English lecturer who exuded a passion for Education and literature."   His specialist period was the 18th century.   For several years he was secretary of the Academic Board when it was the main decision-making  body of the College.  His minutes were described as " accurate, but concise with elegant syntax" (Hugh Pollard).   In 1983 he was made Head of the English Department when Frank Warren, its first head, retired.  He facilitated the steady build-up of the department so that it was the first subject department to mount a B.A. degree.    Not only his reliability but his quiet self-effacing affection made him many friends in the College.

After his retirement he made a complete career change by taking a cheese and cooked meats stall in Lancaster's Indoor Market.  In an immaculate white coat he sliced ham or advised on types of cheese.

His thanksgiving Service held at Lancaster Baptist Church included eulogies from three clergy.  An Anglican minister recalled David's leadership of his school's Christian group and his influence on its members.  After a short pause he concluded "... like me."  The two Baptist ministers had been formerly at Lancaster and spoke on David's work as a Deacon, Church Secretary and Preacher.  They recalled that when business meetings were in danger of "going on" he would ostentatiously tap his watch !   He was also a notable hymn writer.  The service included four hymns - two by recognised 18th century writers and two by David.

He is survived by Judy and their children.