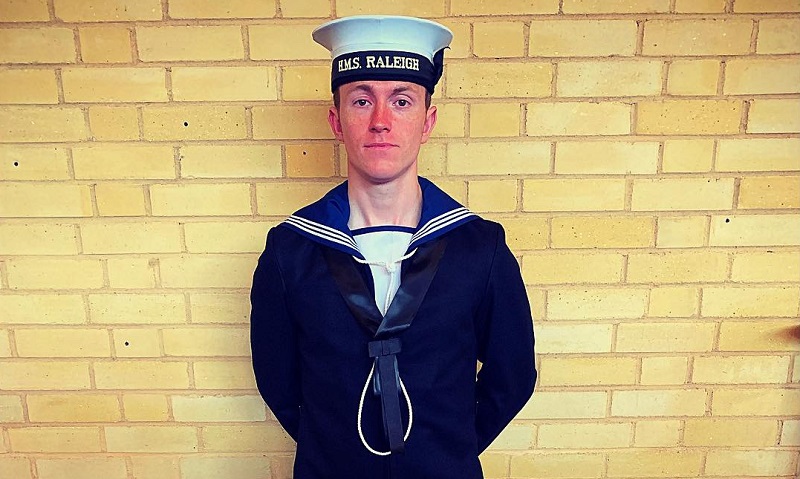 We interviewed Lewis back in June 2016 whilst he was still in his final year at Brampton Road.  He surprised us then with his motivation and drive as he built up a portfolio career.  He recently got in touch again to give us an update on his dramatic career change and he continues to impress us with his determination and ambition.

Whilst still a student Lewis was carving out a portfolio career, having lined himself up with Lion Heart Entertainment working as a jester at Warwick Castle.  Lewis entertained the visitors with stunts such as fire breathing and body burning.  In the evening, he entertained the crowds at Carlisle’s nightspots as a DJ.

The most talented students are picked each year to showcase their work at London’s West End to packed theatres of invited scouts and agents.  Lewis was one of the lucky few from his course to attend where talent agents Keddie Scott Associates Limited snapped him up, and from there he embarked on life as a working actor.

Lewis is now a warfare specialist in underwater warfare for the Royal Navy, a role he describes as; “different, diverse and a lot like a close knit family”.

When asked about his change of career direction Lewis says:

“My career ambition when I started my course was to make it in the performing arts industry and become successful at my craft, I definitely achieved that.  I studied, and got my degree, I got an amazing agent, I toured shows.  However, I knew that the career wasn’t for me, I needed something more.  I joined the navy and haven’t looked back.”

Lewis’s career ambitions are now to progress and rise up the ranks as quickly as possible in the Royal Navy.  In the future, he hopes to become a warrant officer and undertake maximum service.

When asked about the most satisfying aspects of his new job Lewis says:

Looking back on his career over the past few years, his advice is:

“Never be close minded. Everyone has a dream so follow it. However, on your way towards your career, doors will open that you never thought of before.  I encourage you to not shut those doors but explore the options and opportunities available.”