The life of Carey Philpott 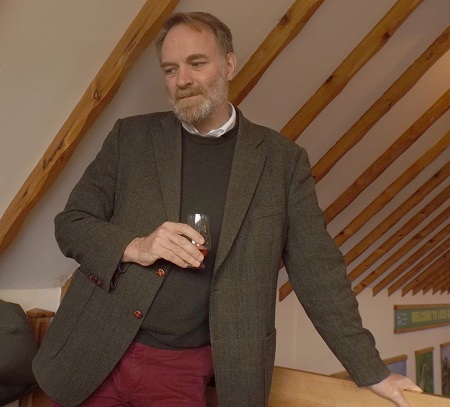 A Lancaster man, whose life was teaching, died suddenly at the Royal Lancaster Infirmary on January 6 2017, aged 51.

Carey Philpott, who was from Essex, was a senior lecturer at St Martin's College and the University of Cumbria before moving to Strathclyde University. Since 2015 he had been professor of teacher education at Leeds Beckett University.

He and his wife, Jane Gordon, met as first-year students at Stirling University. They were together for 29 years, the last 21 as man and wife.

He embraced everything Scottish and loved the landscape, people, culture and food. He was a keen Munro walker.

Professor Philpott was an English and drama teacher in secondary schools, including as head of department at Hounslow Manor School, before becoming a lecturer at Oxford Brookes University and then moving to Lancaster, which continued to be his home for the rest of his life.

Music was a passion, including jazz, and he and his elder daughter Katherine volunteered for the Lancaster Jazz Festival.

A celebration of his life took place at Lancaster and Morecambe Crematorium on January 25, appropriately the birthday of the Scottish poet Robert Burns. He celebrated Burns Night with his family each year.

Prof Philpott's brother-in-law Douglas Gordon sang the Burns' poem “A Man's a Man for A' That”.

He leaves his wife, son Patrick, daughters Katherine and Elizabeth and father Mike.

Donations in his memory are going to the David Nott Foundation, which trains surgeons to help people wounded by conflict.