Collaborating towards a multicultural Cumbria 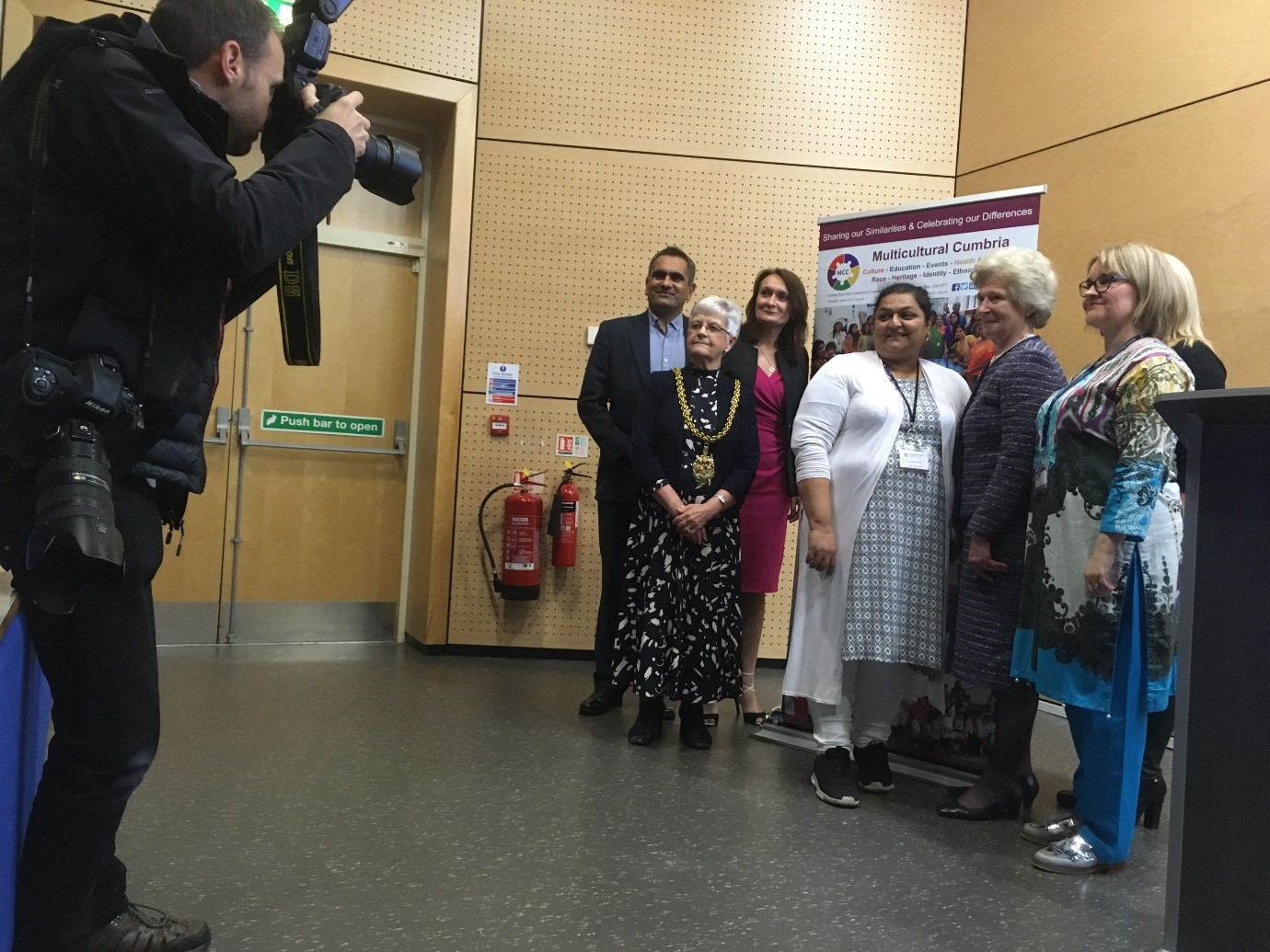 Multicultural Cumbria is a charity best known for Carlisle Culture Bazaar where each year it engages with the local and ethnic minorities in North Cumbria, sharing similarities and celebrating differences. With more than 60 nationalities living and working in Cumbria, one in 11 people in the county have foreign heritage, which Multicultural Cumbria and University of Cumbria want to harness and grow.

In November 2019 Multicultural Cumbria moved their office to the University of Cumbria campus in Carlisle, reinforcing and strengthening the relationship.  This, paired with the launch of the 2020 Carlisle Culture Bazaar, was celebrated at a special event at the university. Guests at MCC’s event included the Lord Lieutenant for Cumbria Claire Hensman, the university’s Vice Chancellor and Saj Ghafoor, who is the chief officer for Multicultural Cumbria and an Honorary Fellow of the University.

The University of Cumbria prides itself on celebrating students from all heritages and is driven to ensure an inclusive and welcoming environment for all. The university also attracts many international students to its undergraduate and postgraduate programmes in leadership and sustainability, business, paramedic practice and health, fields of nursing, policing, teaching and education, science and the outdoors, the arts, and theology. The University currently attracts students from all over the world, but especially India, parts of Africa, plus Norway and Cyprus and is working hard to develop links with educational institutions in South East and East Asia, in particular, Malaysia and China.