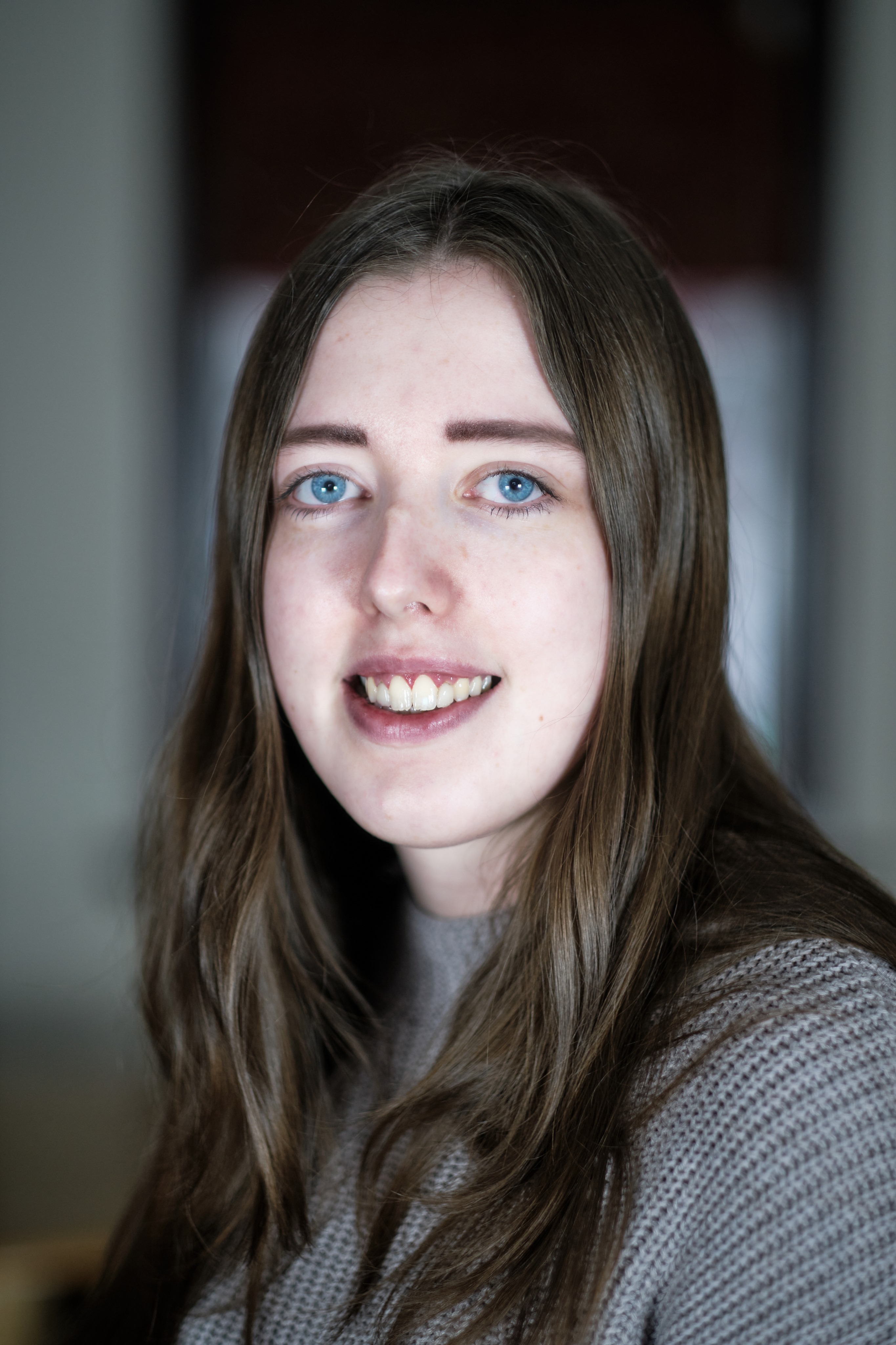 It’s always amazing to see our students using their talent and skills to make a positive mark in the world and Natalie Boyne, one of our third-year Film & TV students, has done just that when she chose to film a documentary about Mossburn Community Farm as one of her course projects. She did such a good job that we can’t help but share her story.

You have recently filmed a documentary about Mossburn Community Farm, how did the idea come about?

I wanted to work with an animal charity because I believe animal welfare is important. It’s great when you see animals that were once unwanted or abused living a happier life and being well looked after, so that was why I originally wanted to base the documentary around an animal charity and the work they do to improve these animals lives.

When I was researching for the right story I came across Mossburn’s website. It was instantly everything I was looking for and more, as they don’t just rescue animals but they help people too, with the animals they have rescued acting as a source of therapy for people with mental health issues, disabilities and Alzheimer’s. They do so much for both people and animals, I wanted to document their story.

The crew and I travelled to Mossburn Farm over the course of three days in November, getting there for sunrise to see the animals coming out of their pens and stables, being fed and going to the fields where they are able to roam free.

Each day was very cold and frosty, but the sky was clear and the sun was bright, and with that contrast it allowed us to get some warm cinematic shots of the farm. Due to the weather staying crisp and dry we were able to do Keenan’s interview outside, which allowed the goats to surround him, and I think this made him more comfortable and open when telling his story.

Meeting everyone at the farm was incredible. All the volunteers work so hard tending to all the animals needs and making sure they’re happy. You can tell they all have a special connection with the animals, which was lovely to see.

Juanita, the farm’s centre manager, is a kind, caring and hardworking woman and I’m so happy to have met her and heard the story of how she came about running the farm. That would have been the central story of the documentary if she hadn’t introduced me to Keenan.

He’s an inspiring young man who has been going to the farm for around eight years now and has built an amazing relationship with every person and animal there. I’m grateful I got to meet him and hear his story.

I’m also grateful he was able to tell his story on camera and to be able to share it to show how he’s progressed and how this farm is a big part of that. This is a very special group of people showing a sense of community through their selfless acts and caring natures.

Why did you choose to study Film & TV?

I have always been interested in studying film and television and learning what goes into making a successful production piece. Even after studying media studies and photography during my A-levels I just wanted to continue learning and gaining more knowledge and experience. I also enjoy being creative and working as part of an artistic and imaginative team of people.

Did you have to overcome any challenges during your degree?

There has been nothing major for me personally to overcome but I would say moving away from home was difficult for me, just like any other student, as it is a daunting experience at first. It was a big step for me as I live in the Midlands, so making the decision to be so far away from home was a big step. But coming to the University of Cumbria, meeting new people, having more freedom, and being at a small university which is more like a family, really helped me gain more confidence and appreciate and enjoy university life more.

Why did you choose the University of Cumbria?

I chose to come to Cumbria because I have been visiting the Lake District all my life with my family and I love the area. I can get out into the Lakes and film or do some photography of the beautiful landscapes. After looking around the University during an Open Day, it really appealed to me that you can use the great equipment they have here and that, as it is a smaller university, everything is accessible and you don’t have to wait for ages. That appealed to me most because you get to know the tutors and other students well and aren’t treated like a “number” as you might be at some bigger universities with hundreds of students.

What do you love the most about your course?

I believe the best thing about my course is the relationships amongst all the students and the tutors, everyone is there to help one another, and you can interact with all years, so in my second year I got to work on third-year projects, and now that I’m in my third year I have been working a lot with the second-year students on my own projects. It’s great to work with such creative people that are excited to be a part of production and put something together that we can be proud of and can be entered into festivals and displayed for a wider audience to see.

What are the three things you wish you knew before you started your course?

What are the top three tips you would give students looking to do the same course as you?

What is the best thing you learned in your course?

The best thing I have learned is to always have a plan B. During the pre-production process, you will get let down with locations and cast etc., your original idea will very rarely go to plan exactly how you want it, so make sure you have back up options so you’re not left frantically looking for a replacements at the last minute.

When are you next premiering your work or projects?

I have submitted my documentary to a few film festivals so I'm just waiting to hear back from them to see if it has been nominated. I will be exhibiting my next project in Carlisle towards the end of May, we are just in the process of sourcing a location for it.

Do you have any plans after graduation? Where do you want to take your career?

After I graduate, I plan to stay at the University of Cumbria and do a Master's Degree while working on setting up a business with my partner on the side and continuing to do freelance work.