We asked Nicholas Butters BA (Hons), Lecturer in Musical Theatre,some questions about his career and why he chose music as a career. 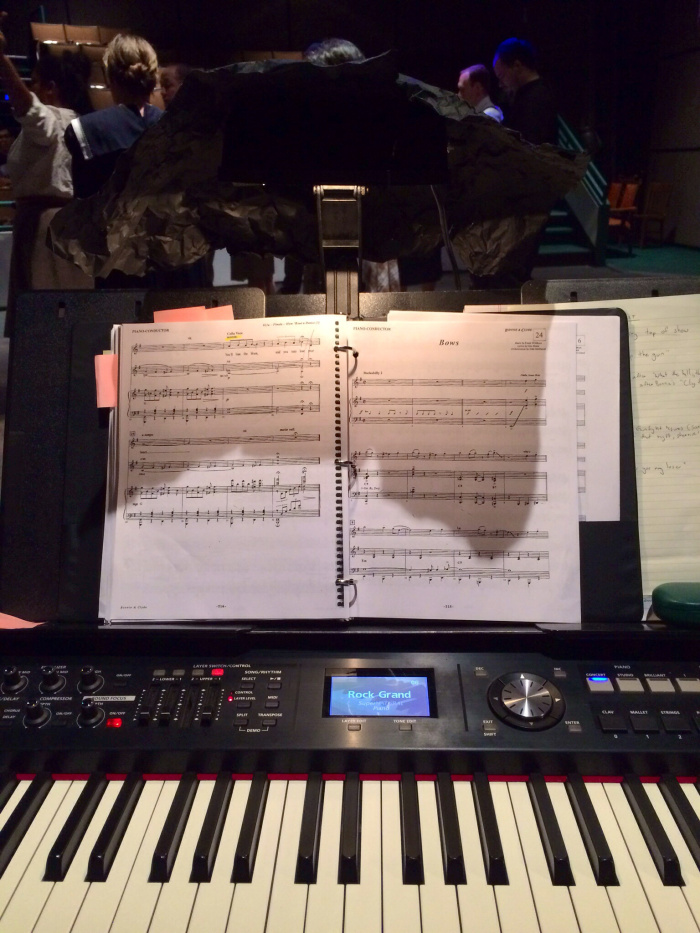 To “have a dream” is a powerful idea, a powerful image -but I have to confess, I never really had one! But…that I would be a musician, that I would work with the wonder and pain, the ineffable depth of experience and understanding that sounds can conjure; that was always a given, and I never questioned it. I love the word career – its real meaning is so opposed to what we intend by using the word – so, like many of us in the arts, I have not followed a career so much as been followed by it, allowing oneself to be sensitive to the pulls and yearning, the invisible inexplicable signals which indicate a turning this way or that…if art is a craft (and it is) it is also a vocation, and a vocation demands sufficient silence from the self so that one can hear the direction of the call.

We never reach our best experience, it is always either behind or awaiting us; but there are so very many good things to remember (and some disasters!) … working with a company so closely that they become friends and then family, making music and theatre which is better than the sum of our parts;  seeing people take to the stage years after having nurtured them when young; the joy of an audience’s loud approval after we have given our all…these can comfort us when things are hopeless, when we simply cannot remember how to make the magic we know so well how to do.

Challenges are everywhere: starting a new show, to be sure, not yet sure of the right direction…working with, shall we say, interesting characters? Like the fading west-end star who announced loudly backstage at my first ever professional job: “If that pianist’s on tonight, I’m not going on!” (He went on!)…or the first time I had to sack someone: I remember thinking as I said “If you can’t sing that correctly tomorrow morning, you’re off the show”, surely that would be enough to persuade him to get it right? But it wasn’t, and off he went. Not an easy thing to do, though.

My younger self would never, never listen! So pointless … but if I could, I would say: listen more, speak less, don’t compromise your principles in the desire to be liked, take more exercise, don’t smoke…but know always, that 45 years later you will not regret the path you have chosen (or which chose you), not ever, not for one second.