John Pearson Performing Arts Programme Leader has had a varied career, he has been able to continue to practice his passion for music alongside his lecturing career. 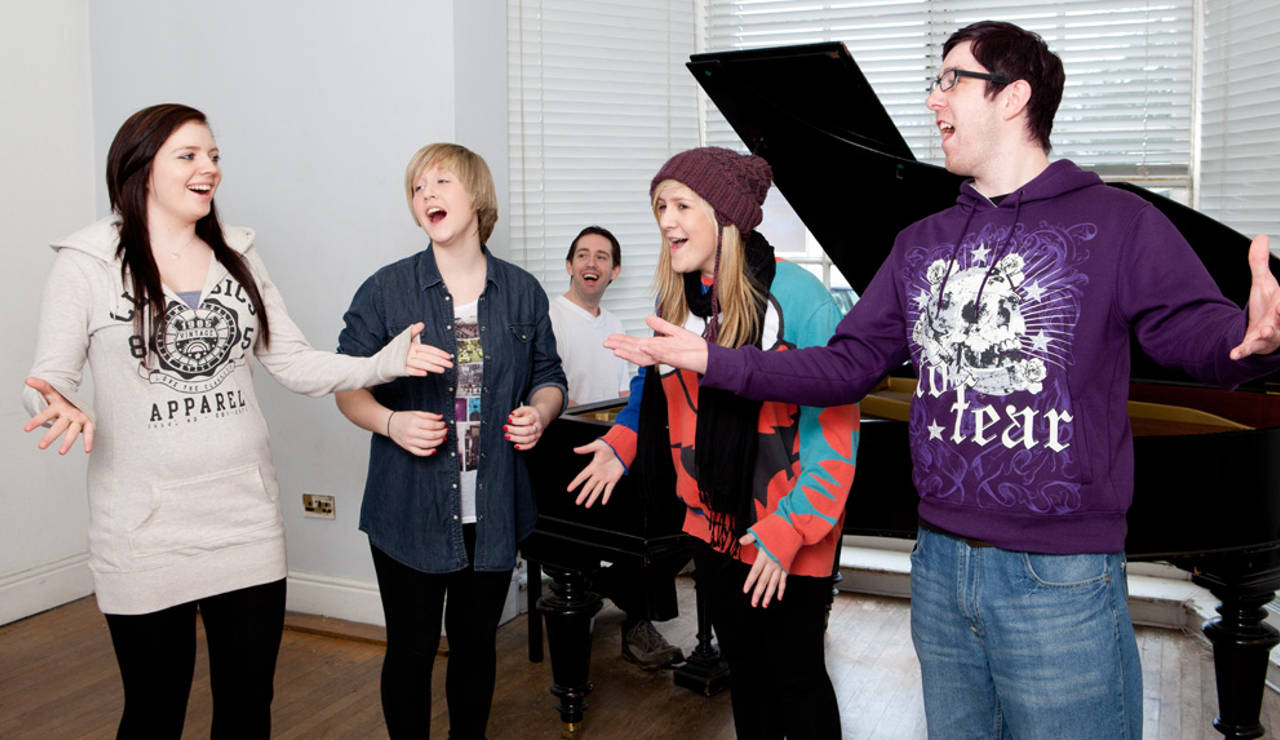 I fell into my career by following ‘the next step that worked for me’. I played musical instruments in my youth, and when my school were doing their show I worked on the lighting (I didn’t want to be onstage) for Joseph and his Technicolour Dreamcoat – at Perth Grammar School, Scotland. When I left, I didn’t go directly to uni but found a National Certificate in Technical Theatre at Coatbridge College (now New College Lanarkshire) where I explored sound and lighting primarily, but also elements of set design. This got me into Bretton Hall, a specialist arts college in West Yorkshire (now Uni of Leeds) to do a BA in Theatre Design and Technology (Scenography). When I finished I felt like I wanted to explore sound design a bit more so applied for an MSc in Music Technology at the University of Limerick in Ireland. This allowed me to explore creating music using technology, and eventually led me full circle back to theatre as my final MSc project involved video motion tracking of a dancer, and using that to affect the soundtrack the dancer was hearing.

My first job was as a Performing Arts technician at the University of Chester, where I developed alongside the department as they expanded into Popular Music, alongside dance and drama programmes. At the same time, I developed a side-line company sound engineering and lighting for bands, and worked (briefly) with Ed Sheeran, Freda Payne and many function bands. Latterly I also became part of the production team, then Head of Production for a Liverpool-based festival called Threshold – showcasing new and emerging artists from the North West and beyond.

I started as a lecturer in Technical Theatre at the University of Cumbria in January 2014, and became programme leader for Performing Arts in September 2018.

Describing your best experience in your career.

My best experiences have been working with live events and seeing the scene come together in light, sound and atmosphere that gives me a magical moment. I love listening to live music, especially when I am mixing it. I am so proud of my students, seeing them grow, develop and achieve their ambitions. (On the home front – I enjoyed doing up my bathroomJ).