Celebrating our exemplary alumni with a new award! 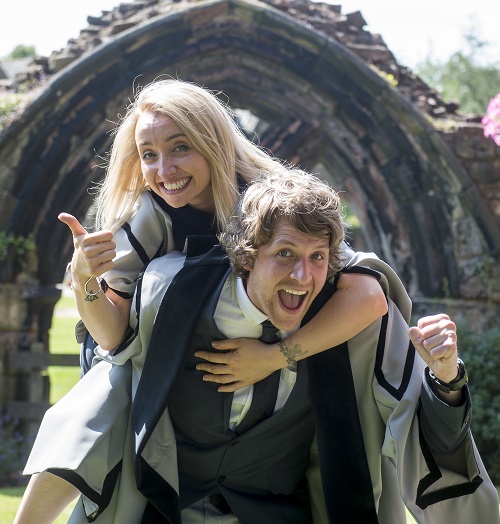 Our graduation ceremonies have long been a time to celebrate the wonderful successes of our students as they graduate fully prepared for life and work. But what may be lesser known is that they’re also an opportunity to recognise the outstanding achievements of figures from the wider local community.

Honorary Fellows come from all walks of life having achieved amazing things and in the past included the likes of Hairy Biker, Dave Meyers, John Porter, founder of Kendal Mountain Festival, and Paralympian, Karen Darke.

Inaugural winners of Alumni of the Year award

However, in July this year, there was a new award to recognise the vital and substantial contribution our alumni make and the inaugural winners of this award were Ian Gilbertson and Lou Kneath of Cloudscape Studios, Carlisle.

Lou and Ian first met at Cumbrian Newspapers (CN) where they designed digital adverts. After completing a prestigious online animation course in San Francisco called Animation Mentor, Lou worked at Cbeebies in Manchester before she and Ian set up their own animation company, Cloudscape Studios.

As a cloud-based studio, Ian and Lou work with animation industry professionals, experienced artists and technical specialists from around the globe to bring high concept productions to life for use on all media platforms.

In 2016, Cloudscape had grown large enough to require its own premises and it was the same year that Ian and Lou were awarded the Carlisle Living Creative City Award by the CN Group.

In January of this year they brought the Disney Pixar Studios to the UK with a two-day animation workshop led by Michal Makarewicz – an event that provided opportunities for current students and graduates of the University of Cumbria to learn from the world-renowned animator.

In the future, the duo are keen to produce a mainstream animation blockbuster out of Cumbria and are working on a number of short films to take to festivals.  Ian and Lou are highly motivated and creative individuals who, together, have a strong work ethic and are keen to establish their business in Cumbria and support other young people looking for their own start and inspiration in animation.

They act as mentors and contributors to the University of Cumbria’s range of degree programmes in media arts. 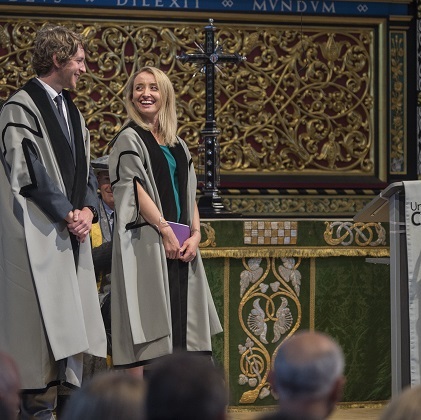 We accept nominations form any member of the senior, academic and professional services staff or university Board Director or any University of Cumbria former student or UCSU member. Nominees must be alumni of the University of Cumbria or its predecessor institutions and should exhibit outstanding achievement in at least one of the following areas:

Nominations are now open for 2018’s award, if you would like to consider a nomination please email alumni@cumbria.ac.uk for further information.