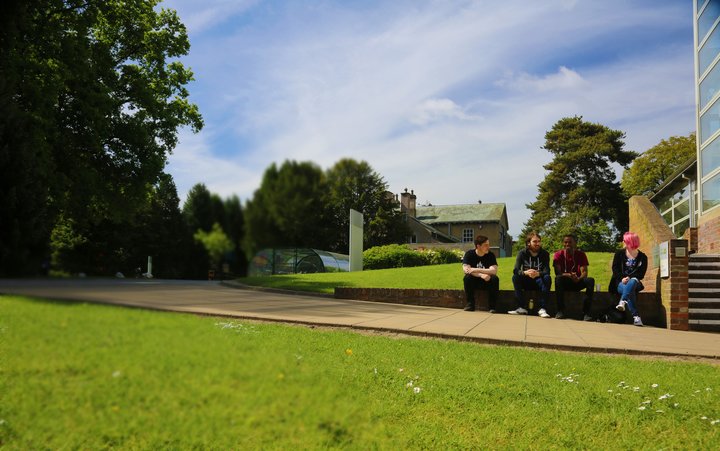 Sadie Blake, Working with Children and Families, class of 2018 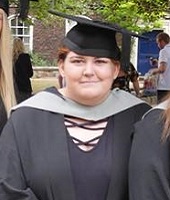 Originally from Scunthorpe in North Lincolnshire, Sadie was the first in her family to gain a degree. Her mother’s family are from Carlisle so knowing that she had relatives close by was a big part of her decision to study at Fusehill Street. “It would keep my Ma happy in case anything went wrong,” Sadie explains.

Sadie’s first impression of University of Cumbria was ‘it felt like home’, so following a visit to our open day she decided to undertake the Integrated Foundation Year as she thought it would be a great introduction to the subject.  During her foundation year Sadie had some difficulties. She was tested for dyslexia and experienced mental health issues which led to her taking a year out between foundation and year one.  Sadie acknowledges the incredible support she received from tutors stating: “Without the understanding and support of my tutors Tracy and Tina, I wouldn’t have completed my course.”

Now working as an additional learning support and maths tutor at Doncaster College, Sadie explains that her proudest achievement is gaining her degree. “The most important thing I learned is that I am capable of getting a degree, better yet I’m in the process of getting a PGCE and without University of Cumbria, I don’t think I’d ever have made it this far,” says Sadie.

Sadie’s ambition for the future is to gain a Masters qualification and work as a lecturer in higher education.

After graduating from the Brampton Road campus Max and fellow students set up their own branding agency in Carlisle called Chunky Wombat Media. Since those days he has gone on to fully commit to working in TV and has been progressively moving down the south of the country. Here Max explains in his own words what he is up to now…

“I have been working in Cardiff for nearly a year now, primarily for BBC Studios on a programme called X-Ray, for BBC 1 Wales. My role is called technical runner/PMA (production management assistant), which means that it combines my technical knowledge (something I devoted quite a lot of time to while at uni) with my driving experience and my admin experience. Roughly half of the role is on location assisting self-shooting directors, handling paperwork, taking stills, doing second camera, doing most of the driving (and even a few times appearing on camera for reconstructions). We go all around Wales and we put out a new show every Monday night. You'll even see my name in the credits if you find the show on iPlayer! The other half of the role is in the production office where I prep equipment (again drawing on my technical knowledge), load in footage, and file post-production paperwork. I sometimes run errands, help with props, do the odd bit of research. It's a great place to work and everyone is extremely nice, and management take great care of us. I've also done some work on Bargain Hunt, and a few other daily programmes as well. With any luck, soon I'll be promoted up to researcher, even shooting researcher because of my camera ability.”

Daniel chose University of Cumbria because it was ‘local, very friendly and had a good reputation’. Originally interested in the adventure and media course, he explains: “After seeing the programme, and given I was nearly 60 at the time, I thought wildlife and media may be more gentle on my body.”

Reminiscing on his student experience Daniel states: “I remember having to go through the same process as all the 19/20 year-olds and I was 58. I came home with a huge handful of free condoms after the chlamydia awareness lecture which my wife found hilarious. I could write a book on the other funny moments! On field trips, anyone who approached our group assumed I was in charge as our head, of course, was very young. I managed to talk us in free to loads of places!”

In his first year Daniel was diagnosed with special educational needs. He explains: “It was picked up in my first year by my tutor and I was given special help which transformed my life! My past learning had been disadvantaged because nobody had noticed that I had dyspraxia.”

To add to his challenges Daniel was also diagnosed with prostate cancer. Daniel says: “So I thought I would never graduate but studying would fill my time rather than dwelling on the treatment. I had surgery in year one and was in bed for weeks. My lecturer allowed me to do assignments on what wildlife I could see from my window! How good was that!”

Summing up his university experience, Daniel states: “By recognising that I had special educational needs, University of Cumbria transformed my life and the way I thought about myself. It gave me self respect and pride in myself. It's a lovely, friendly uni in a wonderful location with the best staff ever. I got lots of distinctions and really discovered art for the first time in my life. Art was born for me at Cumbria University.”

Now a self-employed writer and living in Thailand, Daniel says the best part of his role is the fact he can take on what he wants, when he wants.  He is cancer-free nine years on and writing every day, both paid and voluntary, and his ambition is to live to be 100.

Daniel’s advice: “If you're thinking of retiring and can't decide what to do, why not study full time for a degree? It will make you 20 years younger again and you'll have a ball.” 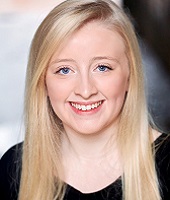 Originally from Glasgow, Scotland, Kerry is the first member of her family to peruse a career in the arts. She was attracted to University of Cumbria’s Brampton Road campus in Carlisle because she thought the campus facilities looked great, in particular the large dance studios and recording studio and theatre.  She was keen to be away from home for uni, but felt safe as part of a smaller community at the Institute of the Arts.

“University helped me become more independent by moving away from home,” says Kerry. “It also taught me professional etiquette as we had the amazing opportunity work with people in the industry. The roles I got to play were great and I learned a lot.”

Kerry now works for Marella Cruises as an actor/entertainment host. She explains: “I always hoped to make a living performing and travelling the world. I achieved my ambitions as I spent over a year at sea entertaining guests in plays and also hosting events and game shows.  I would not have had the confidence to audition for a cruise company as big as Marella without the skills I learned throughout my degree.”

Looking to the future Kerry is now hoping to move more into the film and television sector, but is still open to performing contracts in musical theatre.  During lockdown she has been in a web TV series filmed over Zoom with Steve Oakley, a writer and producer/director from LA. Kerry explains further: “I am hoping gaining my first IMDB credit which will help me to start my acting career. Having signed with an agent I am starting to get seen for more jobs and I am excited about what happens next.”