Where it All Started

The University of Cumbria was formed in 2007 by the merger of St Martin’s College, Cumbria Institute of the Arts and University of Central Lancashire’s Cumbria sites, operating from campuses spread across Cumbria and North Lancashire. We may be a relatively new university, but we are steeped in history dating right the way back to 1822.

The university is continuing to grow, expanding in geographical terms as well as academic scope. 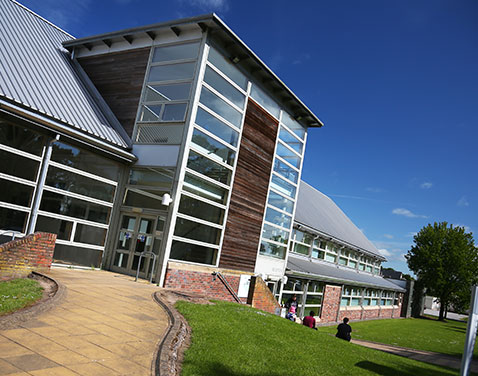 Cumbria Institute of the Arts

Cumbria Institute of the Arts has a long history in Carlisle which began with the establishment of the Society for the Encouragement of Fine Arts in October 1822.

A new Academy of Arts was established in 1823 and in 1950 was renamed as the Carlisle College of Art. The institution was officially designated a higher education institute on 1 August 1997.

To reflect its academic growth and development, the institution gained approval from the privy council to change its name to Cumbria Institute of the Arts in 2002.

The institution was a founding member of AGHEC (Advisory Group for Higher Education in Cumbria) which was established in July 1999 by HEFCE to include the HEIs represented in Cumbria, Cumbria County Council and the North West Regional Development Agency.

In 2003, AGHEC transferred into University Education in Cumbria (UeC) working with Sir Brian Fender. The work undertaken by UeC underpins the current establishment of the University of Cumbria.

Find out more about the history and legacy of the Cumbria Institute of the Arts. 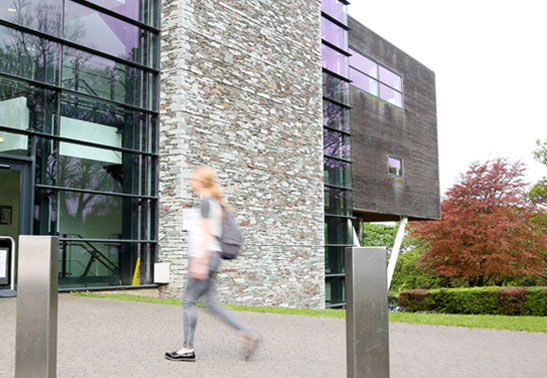 The Lancaster campus of the University of Cumbria started life as a barracks for the King's Own Royal Regiment and it was this association which gave the teaching college its name - St. Martin's - after a Roman soldier who converted to Christianity.

With the kind permission of the Museum for the King's Own Royal Regiment we have a gallery of images from their archive and a collection from our own.

The King’s Own Royal Regiment vacated the barracks and the site was purchased by the Church of England. Former armouries, barracks and other buildings were converted and others demolished to be replaced by new buildings designed by Charles Pike.

Post-war review of teacher training led to the instigation of Lancaster College of Education 1962. The first intake of 89 students (supported by 13 staff) was in 1964.

From the start, the college planned to teach degrees as well as Certificates of Education and pioneered the four year BA Hons with QTS. By 1966 the college was teaching PGCE students.

The college developed courses in nursing and later radiography, occupational health, social work and continuing professional development courses for health professionals. Strong relationships were forged with NHS trust training departments, and many health professionals can be seen proudly wearing both St. Martin’s and University of Cumbria badges on their uniforms to this day.

The college developed courses in humanities, arts and sport, and a mini building boom ensued in the late 1990s with the development of the Sports Centre, Humanities building, Hugh Pollard Lecture Theatre and new accommodation.

In the late 1990s St. Martin's took over the management of Charlotte Mason College in Ambleside. The London campuses followed, strengthening the emphasis on teaching.

The acquisition of the former hospital buildings at Fusehill Street in Carlisle saw the expansion of health, teaching, arts, humanities and business courses in Cumbria.

The Carlisle campus developed with new halls of residence, a sport centre and in 2006 the Learning Gateway building.

In 2006 the College embarked on its journey to secure University Title and Taught Degree Awarding Powers (TDAP). Following review by the Quality Assurance Agency the College received approval from the Privy Council on 10th July 2006 in respect of TDAP. 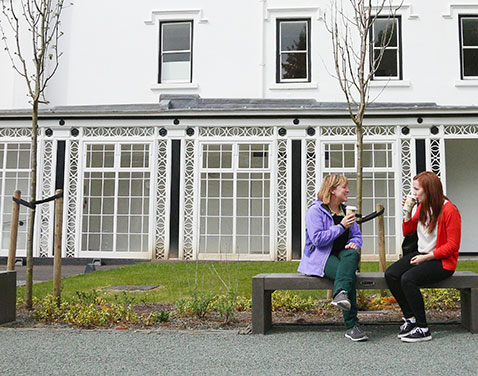 Born in 1842, Charlotte Mason was an experienced school teacher who passionately believed in the importance of education for all members of society regardless of gender or social class. Charlotte’s philosophy was that children should be valued as people and should be educated through real situations.

After 15 years of teaching at primary level, Charlotte began to publish her ideas on childhood education and subsequently published regularly in Parents' Review. In 1891 she moved to Ambleside and set up a training school.

After her death the school was managed by the county until the 1990’s when it became part of Lancaster University. St. Martin’s College took over the management of the college in the late 1990s.

During this period the Charlotte Mason building was built; a home for the library and student resources. At the same time outdoor courses were developed from Hill Top building and business courses at the former Kelsick School building, a short distance from the main campus.

In 2012 we launched our innovative Institute for Leadership and Sustainability (IFLAS) at our Ambleside campus. Major redevelopment work of the Ambleside campus started the following year, and in 2014 the Lake District campus officially became home to the National School of Forestry, the Centre for Wildlife Conservation and our outdoor studies courses - more outdoor students study with us than with any other higher education institution in Europe.

The university’s commitment to provision in London continued, with its campus (originally created by St. Martin’s College) relocating to new premises in East India Dock Road in 2013.

Other developments in 2013 included the creation of our University of Cumbria Business School at our Lancaster campus and the launch of Carlisle Business Interaction Centre at Paternoster Row.

One of our major goals is to grow university participation in west Cumbria. Since 2009 we have been delivering courses at Energus, Workington, and in 2013 we opened our University Centre at Furness College, Barrow-in-Furness.