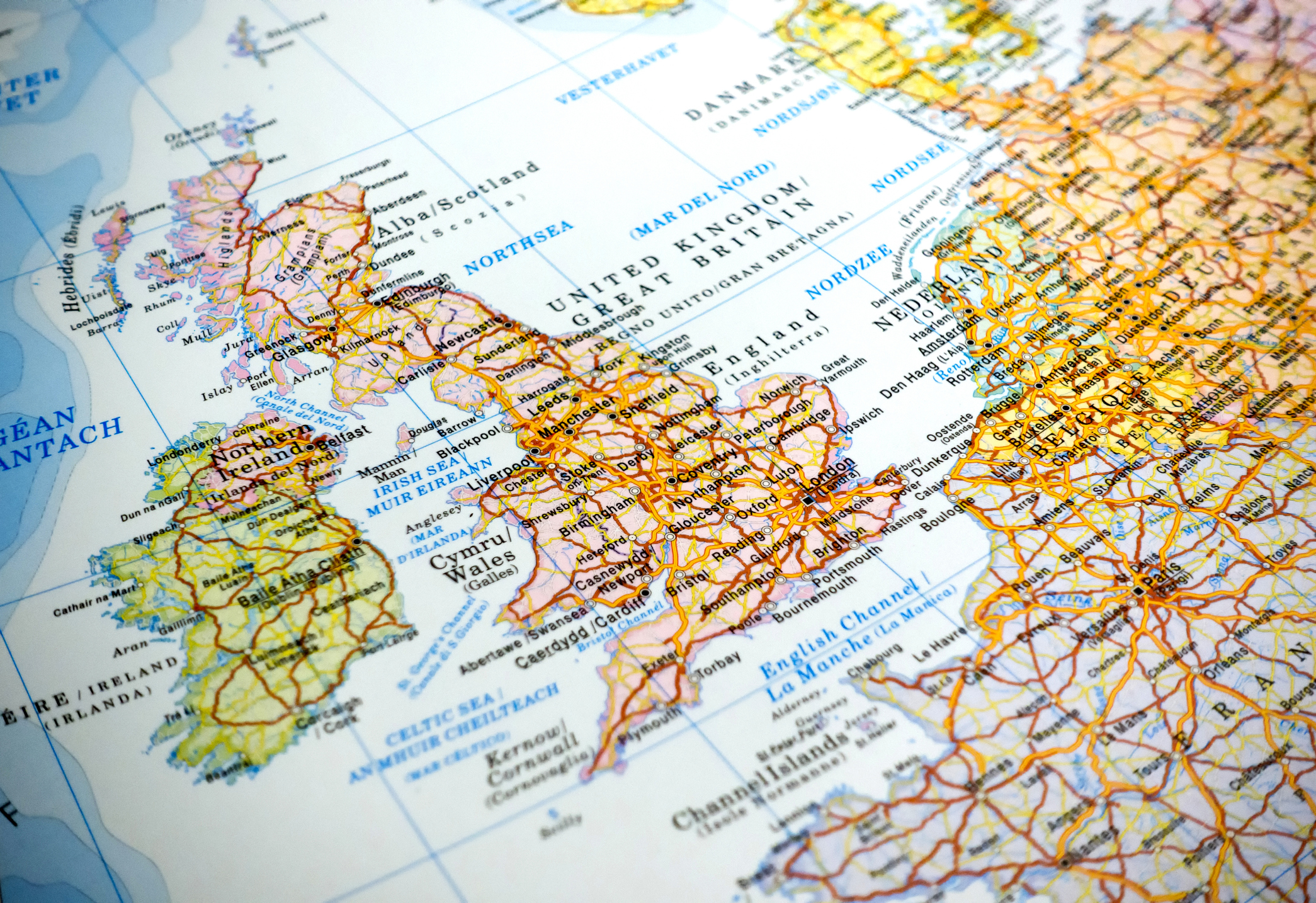 Then, by magic, they were sparkling. What, pray, made the difference?: “Management spoke to us,” said the cleaning staff. And so they lived happily ever after in the Land of Increased Productivity.

This story is not quite true. But the truest bit is management action is oft presented as fairy dust. Sprinkle and productivity transforms. We love magical change. To portray northern Britain’s productivity crisis, however, gritty realism is our genre.

There is good news. Britain has a greater number of high productivity companies than France and Germany. The bad news is, we have a longer tail of below-average companies dragging down the whole. Many of these are in the north. Northern leaders are focused and assertive, if not aggressive, but ‘like fairy gold, it will be dead leaves in the morning’ if we do not unpack this puzzle together as we head out of the EU.

How did we get here? Well, in 1960 the UK had the highest productivity in Europe. Over the next 50 years, our performance increased (yay!) but at a slower rate than our major competitors (boo!). And then slumped dramatically following the financial crash (eek!); down to 0.4% (from an annual average of 2.4% growth). Today we are 16% less productive overall than our G7 partners (leading advanced economies).

Growth in finance and professional services was stellar up until 2007 but these stars are slightly less bright. The top performers tended to mask the wider picture. Now, even the most productive companies have also slipped out of the fast lane.

This then is a story of lost momentum. Especially in northern regions. This is also a story of management and leadership, plus ye olde story of skills. More so, it is a riddle inside a puzzle. Certainly a whole region conversation. We can point to tendencies, the toxicity of control freak management, underinvestment, difficulty measuring the emerging economies, London, Brussels, low wage rates, fractured communities…  stop! You say.

There is no single solution, not even Boris Johnson’s infrastructure stimulus. No Sir Lancelot Spratt to come onto the Sick Man of Europe ward and bombastically order cod liver oil for all. As the picture is so contradictory. Hamletian ambiguity is with us. And returning to a Frankensteinian mechanistic management toolkit will prove lethal. When performance drops, the temptation is to run faster. Tighten the nut by all means, but you are still holding a spanner awaiting the next rupture.

Currently, the most productive firms are exporters. Businesses focused on local markets are part of the UK’s long-tail of underperformers. But, you might say, we all know businesses that are surviving despite the chaos. I can name a few high street top brands who still have pennies in the bank, but are dying before our eyes. Their management teams fiddle, destroying brand value. Pragmatic management can be prone to saying ‘cash is king’. But these poor performers lack the ability to stand outside of their institutionalised selves.

Under pressure, tunnel vision becomes a condition. Boardrooms are messy places and some senior figures will hammer contradictions flat rather than explore through dialogue. It is always a matter of time before loyal consumers become adulterous. Spotting their first flirtation is the leadership’s responsibility. Cash then is not the same as value and does not signal loyalty. The opportunity for UK plc is to wrestle better with the amorphous notion of complex change along with the even more foggy notion of economic value. The company accountant and Finance Director, for all their virtuosity with balance sheets and investments, still need to be in an extended dialogue on value creation. Activity x rarely leads to profit outcome y.

This requires renewed imagination to conceive the complex web of value-adding activity. Science only first conceived of the human body’s network of blood vessels when the scientist pictured it as a possible interconnected whole prior to full dissection. Extending a glimpse into a 3-D hologram that is projectable onto the boardroom wall is as vital as any pithy bullet-pointed executive summary.

We have been guilty then of championing evidence-based thinking. Just because it is visible? No, because, as T. S. Eliot said: ‘our modern eyes have been cut wide open’. We are dazzled by the bright glare of so-called evidence. A collective shooting from the hip. Bright data gets us through scrutiny sessions but not into the grey corners of long-term value. Of course, any data from any source, are still tiny fragments of a whole, by definition. 0.01 is easily presented as 0.99 by under-pressure directors. Why? We have the tendency to prefer answers to questions. Explanation has become Caesar’s thumb. To explain of course is to close inquiry, and just when we needed to open up an extended search for new understanding. This is the weakness of our modern minds which prefer dialectics (systems thinking) to dialogue (holding competing logics in play).

I term this tendency ‘sunshine leadership’, one that seeks to fix the weather, ignoring the vast ecosystem of contradictory data. Rainy days are not to be despised. This is a shift in the image of future leadership. A chance also to refresh the national fish tank of intellect through which new senior minds are formed. Leaders who recognise the ecosystem’s complexity, collaborate, hold dialogue, and craft new business models cut shrewder figures. When a leading North West CEO recently mentioned Danish philosopher Søren Kierkegaard (master of irony over chop logic) in the same breath as Friedrich Hegel (suggested father of modern systems thinking, if not modern thought generally) the sea state has clearly changed. The French champion their philosophers over their entrepreneurs, surely?

This is, of course, a story of post-war Britain. UK plc struggled to distribute its industrial largesse to the people who dug coal, built planes, and fought epic wars. The NHS and welfare state were hurried actions, part of the double movement of free-market societies. A correction to the turmoil of the market revolution. However, post-war Germany and France invested in technical colleges while Britain invested in high sciences. Its applied science vision evolved a middle management ethos that could translate concepts into products where UK management inherited a patriarchal and patrimonial legacy that was radically out of step with a liberalising workforce.

We conceived of beautiful concepts but could not convert them into durable products. New Jaguar motorcars sat beside the road with their owners puzzling at the engine’s failure, to discover later that the undertrained workforce had (folklore tells us) poured sand into the radiator as a means to communicating with untrained managers. A major failure of both irony and logic.

And British public and political life is going through this rupture still. Britain is torn between professional management (meritocracy) and continuity management (institutional). The UK’s slow rise of professional management and leadership capability is because at heart UK society still values continuity over change. Typical of a non-professional craft-based British model that served its industrial growth through to the beginning of the 20th century. I argue neither are silver bullets to increased productivity. Both have important offerings and should be kept in tension. We need our crafts, arts, and sciences in healthy balance.

A fully modern meritocratic Britain is then on hold. The rise and rise of the professional politician/lawmaker is not addressing Britain’s performance on the world stage.

Productivity itself is a combination of business efficiency enabled by a nation’s institutional efficiency. Business will take the hit via its order book if we invest in grand infrastructure projects, but not schools, roads, and rail (HS2 being a chimaera). Ironically and logically, productivity is a whole nation exercise and it is an exercise in creating a climate where the loos are cleaned because of a purpose well beyond management’s ingenious ‘employee of the month’ scheme. Tokenism, gimmickry, gestures are just that. The value of effort is measured by alignment to long-term outcomes. Business leadership and political systems being in a lively dialogue achieve this. We have seen this dialogue strained through over-regulation. But also we are looking for leadership that is capable of speaking about these issues. And often we continue to appoint leaders who are technically adept, pragmatic, and excessively action-orientated but unable to hold dialogue overtime on evident complexity.

Leadership development activity that expands space for competing systems of thought, their ambiguity, and ecology, is enabling. We can aid leaders to walk for longer, and more happily, in these dialogue spaces, renewing their capacity to lead into future economies. Such patient vulnerability is genuinely ‘strong leadership’; and tends to lead to creativity, with this shrewd figure seeking conversations that carry their message across an ecosystem.

It is true to say Frankenstein’s monster was erudite, intellectually sensitive, and motivated. But dissolved when his myopic goal was thwarted. Hamlet cuts an even more flawed figure, one moving into the shadows and out again. But, as Wilson Knight suggests: a ‘man almost supernaturally shrewd; he has ‘seen through humanity’’.