The stars behind the scenes, who make our performances possible. 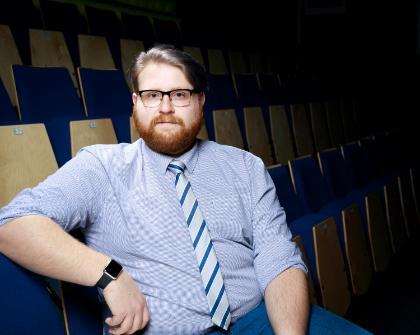 “The best thing about theatre is the mechanics of it all. From audience member to cast member, from the front-of-house manager to the set designer – every element of theatre works together like an ecosystem. Each part is just as important as the last. At its best, theatre is the fairest, most collaborative, person-centred and socially conscious form of entertainment mankind has ever created”.

The new manager at the Stanwix Theatre, Mitch has worked in events and theatre for over a decade. Before joining the Stanwix team in 2019, he managed events across the country and internationally. Career highlights include being the Production Manager for a Shakespeare tour in southern China, Marketing Co-ordinator for the national “Thank ABBA for the Music” tour, working as the Head of Development for Lakeside Casting Agency and being the Artistic Director of the Carlisle Collective Fringe Festival amongst managing other events and venues. A former student at the University of Cumbria, Mitch holds a BA (Hons) in Performing Arts and a number of other professional qualifications.

Outside of his role in the day-to-day running of the Stanwix Theatre, Mitch is on the board of directors for a number of community interest projects and is involved in local politics promoting the arts. He is also a freelance event organiser and directs theatre and digital media for corporate clients as well as his own theatre troupe. He makes his home in Carlisle with his partner, two children, cat and dog. 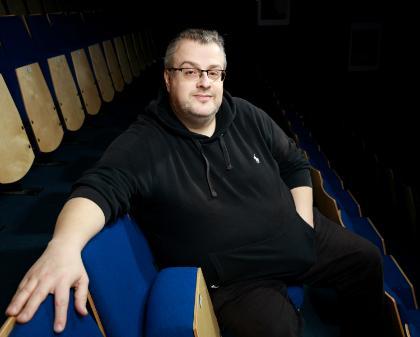 Brian has spent his entire working life within the sound, music and theatre industries. He began his music career working for many years as a semi-pro keyboard player/pianist in cover bands across the south of England. Alongside this, he was also the Music and Business Director of a theatre company based in Hampshire, eventually leaving the company and bands behind to complete his BA (Hons) Media and Radio Broadcasting as well as a DIP-HE in Music Technology at the London College of Music.

He moved to Cumbria after university to join the music department of what was then the Cumbria College of Art and Design, now the University of Cumbria. He has since achieved post-graduate qualifications in MA Performing Arts with a focus on surround sound and live video performance as well as a CertEd teaching qualification. For many years, he has also worked part-time as a Lecturer on various music/sound courses both within the University of Cumbria and the wider community.

Brian enjoys the diverse creativity that comes with working within theatre - especially when it involves the use of technology. As Senior Technician, he leads inductions and works with the team on all aspects of the technical theatre process including staging, lighting and, especially within his background, sound and video for performances. He also manages the university recording studios.

Away from the university, he still works as a sound designer/engineer and a video artist on projects with musicians, artists and theatre companies across the north of England. He also enjoys spending time and creativity as a keen molecular gastronomy cook. 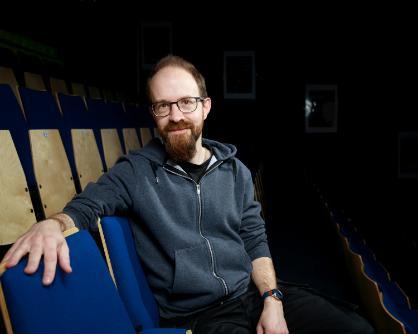 "The best thing about working in theatre is being able to see ideas go from conception to implementation. Working at Stanwix Theatre allows for a lot of out of the box thinking, based around tried and tested methods, to help realise the vision of the creatives we work with at the University."

Tony has worked at the University of Cumbria (formerly Cumbria Institute of the Arts) as Senior Technician/Technician for over a decade. Before this, he worked at the then Cumbria Institute of the Arts as the Front-of-House Manager and as Casual Technical Staff. He has also worked on a variety of touring shows and with an array of bands in various technical roles. He has a BA (Hons) in Creative Arts, specialising in sound recording and band management.

Away from Stanwix Theatre, Tony has an interest in nature and the outdoors. He can often be found walking and photographing the beautiful countryside around where the University is based. He is also an on/off drummer, with over 20 years of experience.