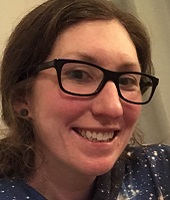 Claire studied at Brampton Road, back when it was still Cumbria Institute of the Arts. Originally from Cambridge, Claire came to study in Carlisle as “it seemed like a great city to be a student, I loved the fact that the Lake District was nearby.  Brampton Road was in a beautiful part of the city, close to the parks and river and the campus itself had a real vibrant, creative atmosphere which I immediately loved.” She explains.

“The course was exactly what I was looking for” she adds, originally Claire looked into studying veterinary nursing but a last minute change of heart brought her to Cumbria. “I’ve always loved writing and decided to make a go of it, the course seemed like a good first step. I was surprised by how quickly I felt like I belonged there. I can be quite shy and it can take me a while to settle into something new, but that wasn’t the case when I started my degree, everything seemed to click really quickly.”

Claire is now a writer, not just that, but a published author, a fact she is justifiably proud of. She says; “It’s taken a lot of work but I can now officially say that I am a published author.  Running in Circles, my first thriller novel, was published by Sapere Books in December, three days after I gave birth to my daughter.  I love writing, and to know that I am getting paid for it is just amazing.”

Claire’s publishers are now interested in continuing her first book as a series, so she is working on the sequel now.  After that she may try something different and she hopes to secure a literary agent. “I am proud that I finished this book and managed to place it with a publisher while also working various day jobs and having a few children, it’s been completely manic but all paid off in the end.”

Claire’s advice for any budding authors “I think there are uncertainties at every point in your career as a writer, but if it is something you truly want to do then you have to go for it. Take every opportunity that comes your way and always listen to the advice of people in the industry.”

You can purchase Running in Circles here  and follow Claire’s writing on her blog here.

Rick is the director of Face37, an award winning graphic design studio based in Manchester. He studied graphic design at the then Cumbria Institute of the Arts, graduating in 2007 just as the University of Cumbria was formed.  Rick was initially attracted to the Brampton Road campus because everything was right there he explains, “I liked how everything was on campus, from screen printing to photography, and there was a big Swedish contingent, they helped me massively and I wouldn’t have been as successful if they weren’t around.”

Rick was top in his class and completed his course with a first class honours, he describes the graphic design staff Tony, Glen and Rhiannon as being ‘fantastic’.

Rick’s career ambition when he started uni was to be one of the best graphic designers in the country, now with a successful business, multiple awards, including a prestigious D&AD yellow pencil, he is certainly well on his way. The most satisfying aspect of his job he states is “being able to work from home and see my son as much as possible.” 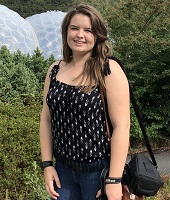 Originally from Tamworth, Laura secured her position on the zoology course through clearing.  “Not reaching the requirements for veterinary medicine was heart breaking as that had always been my dream, but I quickly realised I could make more of a difference with a zoology degree.” Laura states.

Carlisle was a long way from home for Laura, but the size of the campus and the city really appealed, she explains, “it was comforting to know it was virtually impossible to get lost”.

Laura lists “meeting fantastic people in both the lecturers and fellow students” as the top thing that happened to her at UoC. “Our lectures were amazing from the start, the passion and enthusiasm of both Roy Armstrong and Mic Mayhew along with the rest of the team all played their part in making my zoology experience.”

Laura is currently working as a graduate ecologist for Ecolocation, an ecology consultancy based in Warwickshire.  She always knew she wanted to work with wildlife but it was through her course she was able to figure out exactly what career direction to take. “From my time at university I learnt what area of work I wanted to go in and how to get there, and I am now on the first step to achieving that,” Laura explains.

Laura’s ambitions are now to develop her career in ecology and to hopefully cover more global conservation once she has more experience.