The University of Cumbria officially turned 10 years old on Tuesday 1 August and to mark this momentous milestone, our five campuses from London to Cumbria, were connected with a 300-mile torch relay. 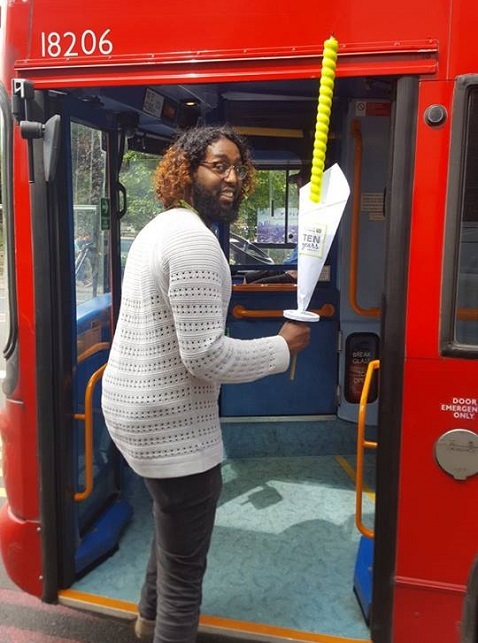 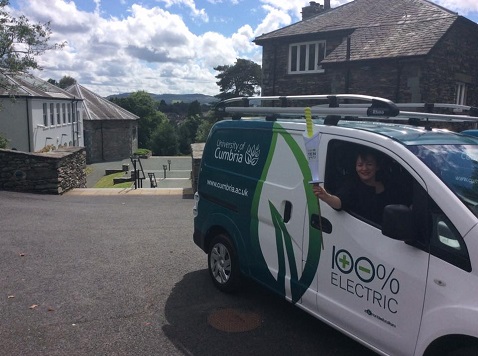 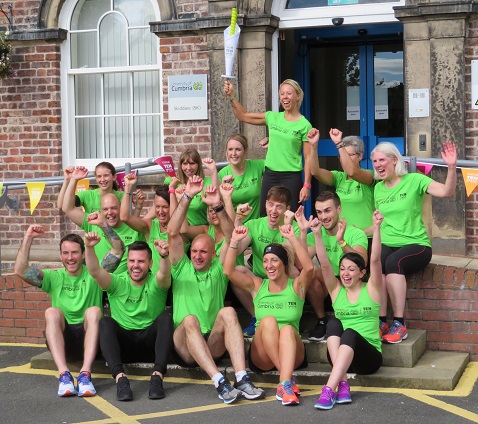 Some of the university’s ‘Team Ten’ runners, who recently completed the Hexham half-marathon, undertook this last leg of the relay, with the torch arriving at Fusehill Street at 16.15.  Staff and students were all invited to welcome the torch as it arrived at the campus and, thereafter, tea and birthday cake were served.

‘Team Ten’ is a grass-roots initiative that will see staff and students take on ten sporting challenges to raise £10,000 for charity throughout the 2017/18 academic year.

Lynn Bewley, Strategic Communications & External Affairs Manager and ‘Team Ten’ member (pictured) said of the event: “The 1st August marked the university’s official birthday, however, this is just the start of our 10thanniversary celebrations.  As a multi-campus university, with sites in Lancashire and London as well as Cumbria, we wanted to celebrate our uniqueness by showcasing this within the campaign linking all campuses together.  As a university that is award-winning for its environmental work, much of the relay was made using public transport or other green alternatives such as our fully electric, branded vans and people power.” 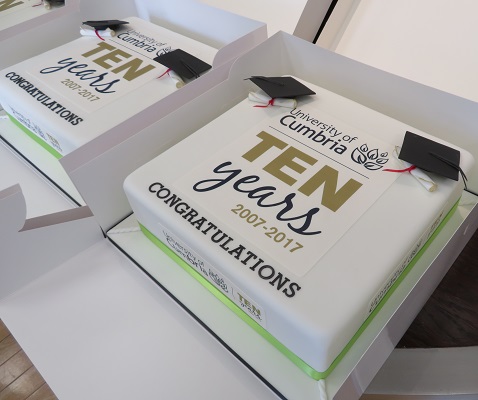 Staff at all campuses were treated to afternoon tea and cake. Our wonderful cakes were made by Sara Ruddick and they were delicious, a 3 tier sponge with jam and cream and even a thin layer of chocolate just under the icing. Staff were very happy indeed.

You can see all the excitement with the torch on our social media channels and and join in the conversation using #10yearsofUoC.