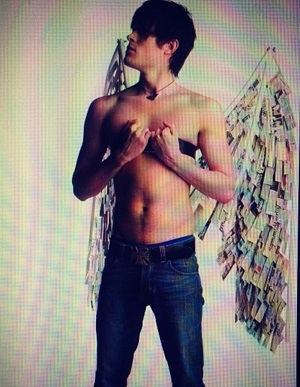 “I studied graphics at the former Cumbria Institute of the Arts now the Brampton Road campus in Carlisle from 2001 to 2004.

I chose to study in Cumbria by pure coincidence really, at the time there was a recruiter traveling across schools in Sweden and I found it interesting and pretty exciting...I mean, live abroad right?

We were a rather large community of Scandinavians that got very close, a couple even got married (still are) and have children.

My tutors Tony, Rhiannon and Glenn made a lasting impression and really changed the way I approached creative problem solving.

I worked at the local student pub in Carlisle called "the guild" in my spare time. I was also part of the "Swedish Monkey Army", we built a bar in one of the houses and put all the proceeds from payed school work into cheap beverages from Aldi.

One particularly amusing story was when I had to shower naked with a bucket full of cold rainwater at a derelict parking spot in a rough area. It was for a friend who was studying photography! He said it wouldn't be used. It was in his final exhibition. I’m now "the naked guy".

It’s quite a haze this many years later, but definitely the best bit about student days were great tutors and all the lifelong friends.

Nowadays I'm a 3D artist working in the game industry for Experiment 101. Before that I did advertising for 15 years. The most satisfying aspect of my job is learning, any job gets boring and dull when you stop learning.

I feel I have achieved my ambitions in a way, I wanted to become a print designer, but quickly found that I enjoyed digital more.  At the time I didn’t think going to uni had influenced my life, nothing I really reflected on. In hindsight, it has coloured everything since.

I’m proud of taking the leap and moving to another country at the age of 18 and managing to graduate with a first despite my, and I quote from a tutor, "terrible essay".

My current ambitions are to fix my damn leaking roof. I'm in a great place in life, now it's just the small things.

My advice for today’s students: Nothing beyond the cliches of enjoy your time. Well also, you get as much out of it as you put in. I can’t stress that enough. My experience changed dramatically when I realised that.” 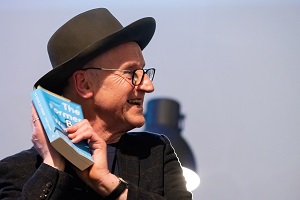 “I studied at St. Martin’s college, Lancaster from 1978 until 1979 for my PGCE english and drama. I chose St. Martin’s because I like the idea of studying at a small, campus-based college.

My drama lecturer gave me a memorable maxim. I suggested putting on a production of a David Hare play and he said, "make it happen". That has always stuck with me, it was so empowering.

My friends were Keith Baty, Elaine Thomas, Alison Firth. I lost touch with Elaine, which I regret.

In my spare time I put on drama productions, three in the course of the year. I think I must have been a bit manic. I also remember the going down ball, which was a memorable occasion. I was part of the Drama Society obviously. I also played for the rugby team, which now seems improbable.

As part of Lancaster Lit Fest, the distinguished Irish novelist J.P. Donleavy did a reading on the St Martin's campus. It was a hot September day and he wore a hat and leather gloves. I'm not sure he took them off.

St. Martin’s was such a warm, friendly community. I was fresh out of a university in the south of England where there wasn't anything like the same sense of community. Experiencing the tight-knit community at St Martin's helped make my mind up to settle in the North.

I am now Senior Lecturer in Creative Writing at Liverpool John Moores University. I teach fiction writing to undergraduate and postgraduate students. The most satisfying aspect of my job is working with young people and seeing good writers become better.

I didn't have it in mind to teach in universities when I graduated. I spent the first 16 years of my career in high schools. But when the opportunity came to move into higher education I grabbed it! Going to university instilled in me the idea of life-long learning.

I am most proud of writing fiction that has been published. My current ambition is to become a better novelist.

My advice to today’s students, I'd say don't rush to get into the workplace. Being a student is a special time so don't give it up too soon.” 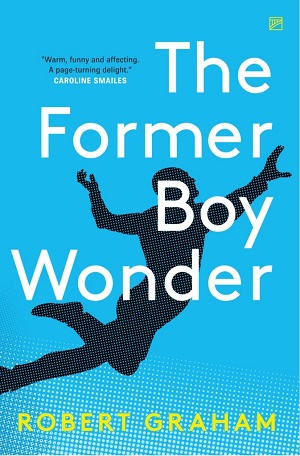 ‘It’s a rainy August in Manchester and music writer Peter Duffy’s life is falling apart. He’s knocking on fifty, his career is flatlining, his marriage is failing, and his teenage son barely speaks to him.

And then a friend from university days invites him to a party at the manor house where he met his first love, the dazzling Sanchia Page. All the old gang are going to be there, and although it’s a long shot, maybe she will too, which wouldn’t be helpful. Or would it?’

You can find out more about Robert’s writing and keep up to date with his work here:

“I attended St Martin's College, Lancaster from 1974 to 1977. Gerry Doyle, who taught music, was my favourite tutor, he was funny and down to earth. My friends were Carol from Wakefield, Lynne from Bury, I’ve forgotten surnames and John Serjeant.

In my spare time I wrote essays and went to the bar!! I studied music so we had to play piano in the chapel on a rota basis. Everything was smashing about St. Martin’s, it was long ago but great memories. One of my most amusing memories was watching the girls sneaking out of the William Thompson Hall in the morning, it was the men’s residence then!

I am now retired; I was a primary school teacher for 37 years. I am really proud of getting my degree, which I thought I could never do. When I started studying I wanted to be a teacher and that’s what I did. Seeing children move on and seeing them years later and what they had achieved is the most satisfying aspect of the job.

I haven't got any current career ambitions; I took early retirement at 58 so I could spend lots of time in Greece!

My words of wisdom for the students of today would be: Work hard, play hard and stand up for yourself!” 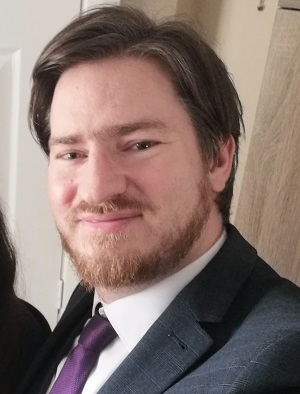 “I studied at the former Cumbria Institute of the Arts, Brampton Road, Carlisle from 2003 to 2006. When I auditioned for a place on the course I had a look around the campus and I instantly felt at home. The lecturers all seemed to be very supportive and the campus itself was fantastic.

John Topping, who was the course leader, and Mary Hitch, the singing/vocal teacher, were both brilliant and very supportive. Also, the theatre tech staff were always available and ready to offer advice.

I had a few close friends, Nick and Jenny, and we did everything together. I've since lost touch with Nick and I occasionally still speak to Jenny, though she moved to New York so the time difference isn't great for chatting.

In my spare time I tended to use one of the many gyms around the city. There was always something to do as well, and I loved learning about the history of the city, the castle etc. There was always a good nightlife scene as well.

Meeting such an amazing group of people, a lot of whom I still keep in touch with through various social media apps, has been amazing. Learning so much in and out of the theatre/classroom has also been a wonderful experience.

I am now a clinical secretary for NHS Lanarkshire. I book, cancel and reschedule patient appointments. I keep the consultant diaries up to date and easily accessible for them. I also deal with patient phone calls, whether it's just a query or something more specific, including dealing with difficult/upset family members.

Being able to help patients, even if it's just listening to them while they unload their frustration and anxiety about upcoming procedures, is the most satisfying aspect of my job.

My ambition was to finish university and find work in the technical arts somewhere, preferably in London, Glasgow, Edinburgh or further afield. However, after working in the West End for around a year, personal circumstances meant I had to move back home and now I freelance as stage management/tech staff.

University has played a major part in who I am now. Until going to university, I was never a very outspoken individual. I liked to keep myself to myself, do what I needed to do and leave. I have developed a lot of confidence, I found my voice and I'm not afraid to take risks.

I am most proud of the level of work I managed to achieve while studying and then that I have been able to (though not as often as I'd like) keep working on a part-time, freelance basis.

In the future I would love to be working in the theatre on a more permanent basis. I also plan to use the skills I built over the time there and since leaving to further my career within the NHS and hopefully move on to teaching.

My words of wisdom for students and recent graduates of today: Stress is a fact of life, but shouldn't become a way of life. Learn to embrace challenges, rather than avoiding them. Celebrate the successes of your peers. You don't need to have it all figured out, half the fun is in the journey.”

We would LOVE to hear your story! Share your student experiences and let us know what you are up to now HERE.