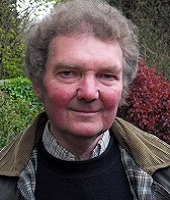 Martyn Halsall, who was awarded a PhD in Creative Literary Studies at the University of Cumbria in 2008, recently won the International Norman Nicholson Poetry Competition, and published his second full collection of poetry Visible Music (Caldew Press). The poem, Learning Whimbrel, celebrates Martyn’s love of the Scottish islands, and the memory of a blind friend who took up ‘birdwatching’ in retirement, by learning to identify birds by sound. Martyn’s collection of 74 poems follows his diagnosis with cancer six years ago, and tracks his experiences from initial tests, through treatment and surgery, into convalescence.

“I thoroughly enjoyed my time as a somewhat mature student at the university,” Martyn said. “I was fortunate to have two outstanding supervisors for my thesis, which combined a collection of poetry with critical analysis. Dr Penny Bradshaw was a rigorous and inspiring guide as I sought to develop a definition of ‘poetry truth in times of exile’, weaving together threads from ancient Hebraic poet-prophecy, via Samuel Taylor Coleridge, into post-modernity. Dr Lucy Collins was an equally encouraging supervisor of the collection of poems that accompanied the critical text. I was working full-time in media relations, so I was also grateful for their patience, as the thesis took some time to unfold!”

Martyn returned to student life at the age of 50, initially studying for an MA in Creative Writing at the University of Lancaster. “I was attracted to Cumbria for doctoral work because of the multiple expertise the University of Cumbria offered in the English Department, and the scope that provided to my research proposal,” Martyn said. “From my initial interview, then about studying for an MPhil, I sensed a sympathetic welcome for the work I was proposing, as well as a desire to share academic expertise, and exploration.”

Martyn was awarded first prize in the inaugural Norman Nicholson competition by judge Kathleen Jones, Nicholson’s biographer, who is also a poet and novelist. “It was a particular honour to win this competition,” Martyn said, “as I am- at least by “adoption”- now a Cumbrian writer, living not that far from Nicholson’s life-long home of Millom, and sharing his interests in ecology and Christian theology.”

Martyn continues to write some journalism, reviewing poetry for the Church Times, ‘in the critical footsteps of Norman Nicholson’, after a working life in journalism, followed by becoming the first Poet in Residence at Carlisle Cathedral. 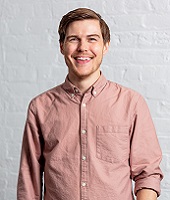 Coming to Cumbria, to study at the then Cumbria Institute of the Arts at Brampton Road, Tom knew that he wanted to study something creative. Film was a huge passion for him but the idea that one day he would be working with some of the world’s biggest entertainment brands felt like a very long way off.

Tom is now CEO and founder of Wildreness, a digital agency, he says: “now some 15 years later to say that I've worked with studios like Universal Pictures, 20th Century Fox, Sony Pictures, Entertainment One, and Warner Bros as well as TV companies like HBO, SKY, BBC, NOW TV, NBC Universal, and Discovery Network is pretty crazy.

“I chose Cumbria because the campus was small and felt welcoming and it was one of the few universities in England that offered a film theory and criticism course. I wanted to attend an arts-focused university and loved the idea of spending three years with like-minded creative people. It felt like a small community, the halls of residence had a courtyard in the centre and this was the scene for a lot of socialising. We all felt a sense of supporting each other especially when many of us moved to London to start work in the creative industries.  When I finished uni I spent three months couch surfing, I returned the favour when I moved to London permanently and had friends to stay the next two years.  It was a pretty wild time for us all trying to break into the creative industries but having a support network of others doing the same was really important.”

Break into the creative industries he certainly did, and Tom quickly achieved his ambitions to work in the film industry, at first in acquisitions and marketing. Tom explains, “I felt that I then wanted to try working for myself and build a company and a culture that I wanted to work at every day and would be proud of and surround myself with brilliant, brave, and friendly people and that is what I have tried to do at Wilderness.

“The most satisfying aspect of my role is the creative process itself, whatever the task, it is hard but with the right people in the room the challenge is hugely satisfying. We have a young team and to see their passion turn into results and their careers progress is amazing.

“University isn't about learning specifically for a job but about the experience of finding a challenge or question you really want to explore. Everyone I know that has had any success in their career it has come from having an open mind early and being willing to jump at new opportunities and challenges.”

You can find out more about Tom’s company Wilderness Agency here: https://www.wilderness.agency/ 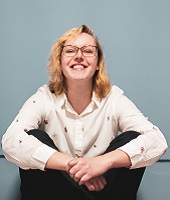 Having only graduated a couple of years ago, Molly has just published her first novel.  Released in mid-February, and published by Blossom Spring Publishing, Silent is the Crown is a dystopian drama in the young adult (Or YA) genre.  The novel tells the tale of Belladonna, a mute girl with no memories who embarks on a journey of self-discovery, revenge and heartache. Through rigorous assassin training, a trial by combat and an ancient family feud coupled with adjusting to post-apocalyptic life and heart-breaking grief, she finds out everything she ever wanted to know. But at what cost?

Originally from Sheffield Molly chose Cumbria because she loves the outdoors, she explains, “I thought what better place to do an outdoor degree than the Lake District.  I had visited Ambleside a couple of times before the open day, once as part of our practise Duke of Edinburgh bronze award and the other a geography trip in sixth form. Both times I felt a connection to the place and I knew it would be the perfect place for my course.”

“University changed my life”, says Molly, “I met some of the best friends in the world, some of the leading minds in outdoors and I grew so much. I got diagnosed with SpLD in my second year and the university helped me through that brilliantly, without the support given at that time I wouldn't be where I am today.

Tutors Nigel Dykes and Lisa Fenton stood out as particular role models, Molly explains; “Nigel was so supportive, enthusiastic and generally brilliant the whole time. I met him at the open day and once I had registered he sent me a handwritten postcard (that I still have today) saying how much he was looking forward to having me on the course.  Lisa Fenton is a huge inspiration for me; she was my personal tutor in my third year. I love her work and her outlook on life. The experiences she's had in her life are amazing, she is so full of knowledge and awesome anecdotes that will make your jaw drop.

“I wouldn't mentally or spiritually be where I am today without my degree or my experiences at university. When I first started my undergrad I didn't know what I wanted to do or be I just knew that I wanted to be outside and immersed in nature. I have since developed my career goals as I've gone.  As a knock on effect from meeting people and living away from home, I have gained the courage and skills to write my book and have the confidence to find a publisher.

Molly is now half way through her PGCE with us and her ambition is to go into outdoor education, she states; “I want to spend my time outside, I want to have inspiring experiences and write brilliant things.”

Molly’s debut novel Silent is the Crown published by Blossom Spring is out now.  You can purchase it from all major retailers, or online here

Read more about Silent is the Crown here 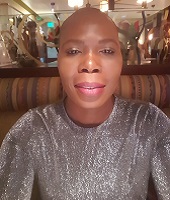 Dorette credits the University of Cumbria with changing her life and her career.  After completing her MBA, Dorette achieved two promotions in quick succession and has now realised her ambition of managing the only hospice in Bermuda.

Dorette explains: “I could not have done it without the knowledge I gained in the international healthcare course. I strongly believe without the degree I would still be in bedside nursing.

I came to a point in my career where I wanted more than bedside nursing, I wanted to gain the knowledge needed to navigate the business aspects of healthcare and be in a leadership role.”

As part of the predominantly distance learning course, Dorette, along with classmates, undertook a week’s residency in Ambleside, she says: “Ambleside is absolutely breath-taking, I loved the lakes and the beautiful mountains. I found the campus was easily accessible to hotels and bars and there were lots of walking paths to enjoy.

“What surprised me the most was the diversity, the morning I went to stick my pin on the map, there were pins showing students past and present from all around the world. In my residency class, we had a very diverse make up; it was just like the reviews I read.  My class now stays in touch via a Whatsapp group, we encourage each other.

The most satisfying aspect of my job is having happy patients and families, having engaged staff and mentoring younger nurses.  Healthcare management is satisfying; you develop your leadership skills daily, while at the same time developing your staff nurses and ensuring your patients receive exceptional care, as well as building partnerships and a strong community. The hard work, sacrifice and commitment it took to complete my course really does pay off.”

Looking to the future Dorette aspires to be successful in her role as a clinical manager and gain another promotion in the near future.

Share your own story, fill in our alumni profile form here.