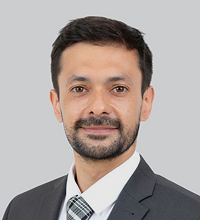 “I studied at the Lancaster campus, I am from the local area and had always heard good things about the university's teaching programme. Ruth was our tutor, she always had great advice and the feedback she gave was invaluable.

In my spare time as a student, I played football on the astro-turf pitch and kept active in lots of other sports such as running, squash and tennis. I am still friends with several people on the course, mainly through social media.

My fondest memory of my time as a student was learning on the job, unlike you do on an undergraduate course.  I recall being told I have a calm, heart-warming demeanour in the classroom after my first observation, something I really didn't expect.

I now work as a teacher of computer science at Arcadia School in Dubai.  I'm now in the twelfth year of teaching computer science (and ICT for the first four years). After graduating I took an NQT job in London, where I stayed and taught for ten years. I then moved abroad to further my career. I have definitely met my ambitions, my ultimate one was to teach abroad and travel the world, which I've now done and wish to continue to do so. My ambition today is to continue to grow as a teacher and leader and see what country teaching takes me to next!

The most satisfying aspect of my job is meeting students who have left who are now following a career in a computing related subject.

My words of wisdom for current teaching students and recent graduates: It's true, it does get easier. However, it will always be hard work! If you get the chance, always offer to mentor students and/or NQTs, it’s very rewarding.” 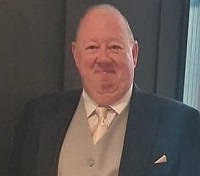 I studied at St Martin's College, I was based in Lancaster, it was a real ‘university’ city.

I recall my friend Paul Flannigan from Accrington, but sadly we have lost touch. I also shared a house with undergraduates but again my memory has faded and annoyingly never took any photos. I enjoyed a little time in the college bar, the barman was a real character. I recall playing football and mixed hockey, they were good times. I lived on Oswald Street for the first term and could get to lectures quicker than students living on campus but did have to climb over a wall! I have fond memories of parties and fun, it was a good crowd. I found a good work/college balance and remember working hard and spent a lot of time in the library.

I am now working for Pestokill Pest Control, I’m the Digital Pest Manager. We use remote technology to detect rodents and flying insects which is quite innovative.

I work with major retailers and food producers Such as Nestle and Whitbread.

The most satisfying aspect of my job is seeing the 'things I see'. I have been to some amazing and private locations with pest control. The houses of pop stars, the old War office in central London, Sandhurst Royal Military Academy. Food manufacturing is interesting from Walkers Crisps to Jacobs Crackers. Along with working with domestic customers in solving a pest issue with great satisfaction of a job well done.

My career direction changed since college, but I have made the most of my opportunities. From wanting to be a doctor, then an optician. Even in teaching, which was a short career in three schools, my life skills became well developed. I have presented in front of 1500 delegates at a conference and been involved with training, I also ran a £4 Million pound turnover business. I have always enjoyed working with young people and for last 15 years I have been a pole vault coach.

Going to university enhanced my life skills plus my ability to communicate and listen. St Martins was probably together the best four years of my life. In my last year I really found a focus and desire to learn and develop, that has stayed with me even now in my early 60's.

I am most proud of my son, he’s aged 30 and managing director of a lifting company. He’s living the dream in a million-pound house, he’s happily married and financially stable. He will choose the nursing home for my wife and I! I think we brought him up well, he studied to become an accountant with true application and sacrifice.

I’ve got five more years before I retire, so my ambition is to pass on as much knowledge and experience to those around me.

My words of wisdom for students and recent graduates: Put in that effort. Do spend that extra 30 minutes every day developing your knowledge, it will pay back 100 times.” 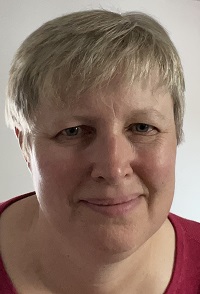 “I chose to study at St. Martin’s College, based at the Lancaster campus as it was not too far from home and the course I wanted to study offered a good reputation.

My favourite tutors were Gerry Doyle who was a right character, Roger Cann, he was very supportive and Robin Bundy, good on pastoral care and Anne Edwards who was an inspiration.

I was part of the Christian Union and in my spare time as a student I attended concerts and church and enjoyed reading. My friends were Elizabeth Budgen, who I am still in touch with, Deborah Green, Angela Dalton and Kate Berisford, but we didn’t keep in touch. My fondest memory of my time as a student was simply hanging out in friends’ rooms chatting.

One amusing time I recall was tree hugging in Williamson Park as part of a Shirley Dean science lesson. We had to work in twos with one partner blindfolded. My partner deliberately ran my hands through some bird poo that was on the tree!!

I am now the Managing Director of Dimensions Curriculum Ltd. We write and provide education training and resources curriculum design. The most satisfying aspect of my job is seeing my curriculum being used in a school.

Going to university helped me to grow up!!!! My ambition when I started studying was to become a teacher and I have exceeded my expectations. I am most proud of my 'Learning Means the World' curriculum with resources sold into 34 countries.

My ambition for the future is to develop a 'Twinkl' (a platform for teachers) but better!

My words of advice for current students and recent graduates: Aim high When thinking about taking a risk, if the odds are reasonable that it will pay off- do it!” 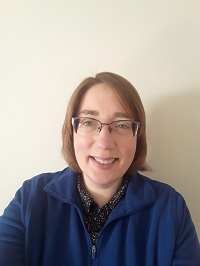 I initially applied for St Martin's College, Lancaster campus, because I wanted to be a primary school teacher and felt like what the college offered was right for me.

In my first year I was on the first floor of Willy Tom and remember most of those I shared the floor with. Twenty plus years after leaving sadly I've not really stayed in touch and haven't been back.

I was part of the chapel choir and remember that once a year the choir joined with choirs of the other church colleges for a weekend hosted at one of them,  joining with others to sing.  My first year it was held in Lancaster but during my time at St Martin's I remember going to Winchester and Worcester.

I find myself looking back on student days with rose tinted glasses I think. One memory that springs to mind is making snow angels.  It snowed heavily in Lancaster in my first year and I remember a few of us left Willy Tom and made snow angels on one of the grassy areas, I don't think I'd ever done that before!

I am now staff officer in the Department for the Economy for the Northern Ireland Civil Service. My current role is as part of the sponsorship division for the six further education colleges in Northern Ireland, specifically in relation to college governance and the structures surrounding the college governing bodies.

When I started St Martin's I was training to be a primary school teacher on the four year BA Hons course, with biology as my first subject and religious studies as my second.  As the course went on and there was more teaching practice, I decided it wasn't for me so at the end of my second year I switched courses.  During my third and four years I studied for a BA Hons Religious Studies/Educational Studies.  The change was pretty huge at the time but looking back I know I did the right thing.  Teaching was not for me!

I left university with a decent degree but not much of an idea of what I wanted to do.  My first full time job was as an internal auditor, mostly for the health boards in Northern Ireland.  It was a role I didn't particularly enjoy but whilst doing it I was supported to study for chartered accountancy qualifications, completing those in 2003.

Later the same year I joined the Northern Ireland Civil Service as a Staff Officer (Graduate), since then I have held roles in a few different departments.

University helped me to become properly independent, managing my studies, my time, my money.  Unlike some of my fellow students my home wasn't near Lancaster so once I was dropped off at the start of term that was me until the next holiday period.

My career now bears no resemblance to what I started out studying but I would like to think my university experience as a whole taught me some important life lessons. I am proud of that.

My words of advice to current students: Take the opportunities given to you whilst a student to explore yourself and what's right for you.  I changed courses in the middle of my university time but have still been able to forge a successful career (I think!)."

We would LOVE to hear your story! Share your student experiences and let us know what you are up to now HERE.