Harry Hulme attended Charlotte Mason College between the years 1971 and 1974. Here he shares his fond memories of student life in Ambleside. 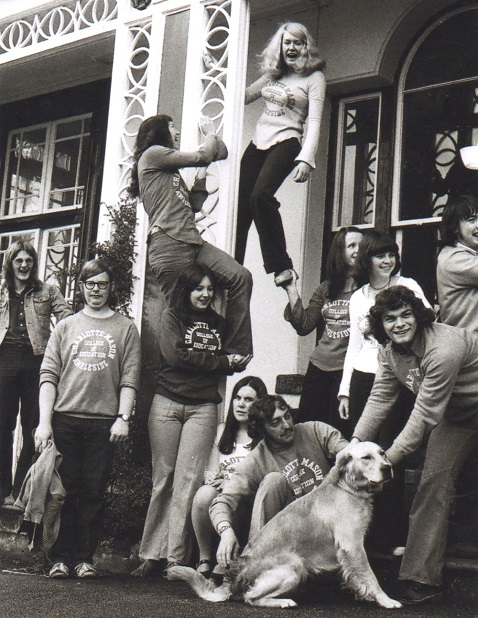 My family had a long affinity with Ambleside and the opportunity to study there was irresistible.

What was student life like? (In particular what would you do in free time, where would you go for nights out etc?)

In my first year the common room of Low Nook was a magnet most evenings, just chilling and maybe singing the odd folk song (that sounds naff now, but it worked back then).

The 2 rooms either side of the saloon in the Golden Rule were often frequented – one was the darts room where we, er, played darts a lot; the other was where we all enjoyed a good sing song and, on some evenings recited/listened to poetry.

The Queen’s Disco on a Friday night was a chance to let our not inconsiderable hair down and bop to Slade, Mud, T Rex and the like. Much more preferable to this though were our own college discos in The Barn. The local lads hated us at both venues which created a little bit of tension (we had broken their erstwhile monopoly of CMC girls).

Football (playing) had a huge influence on many of our lives. Our intake created CMCFC and we enjoyed competitive matches in the Westmorland League at rural outposts like Thirlmere, Kirkoswald and Langwathby....

Did I mention the academic side of college life? No, I didn’t think I did. 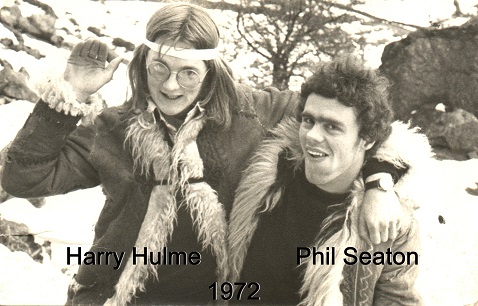 It all seemed terribly laid back compared to the school discipline I had just come from. I cannot recall any tutors who lit up the class with charisma, to me they were mostly ‘old school’ and out of touch with our 60s generation.

David Price (English) was an interesting character. He landed a speaking part in the film ‘Swallows and Amazons’ in the summer of ’72. (The film production company had put up ads in the college asking for extras). My friend Tom Houghton got the role of a railway station guard and featured on the jigsaw puzzle that was spin-off merchandise from the film.

Some teaching practices were the stuff of nightmares....those trips in the early early hours of the morning out into the wilderness of Millom or Barrow for example. Some of us went to extreme lengths to get out of them.

There was the day that Phil Seaton just went up to our coach driver as we neared Newby Bridge and asked him to stop. He simply got off the coach and waved goodbye to us all acknowledging our cheers. I forget how he managed to find his way back the 8 miles to Ambleside.

I was given Black Combe Junior School on one practice and was so desperate to change it that I took fellow student Tom Houghton’s advice and pushed a dirty needle through my lip. Yes, really! The resultant infection was obviously unfakeable so Matron had to give me the 'golden ticket' sick note.

I later did the replacement practice in Barrow. Served me right! 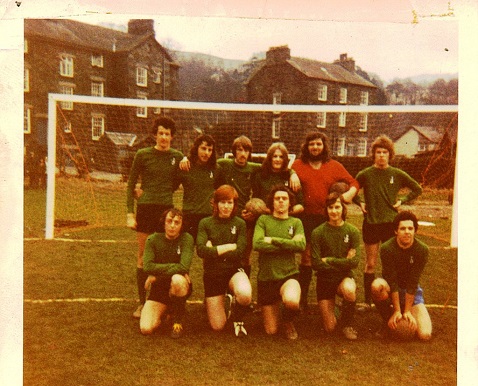 Oh God yes! So many.

What is your fondest memory of your time at Charlotte Mason?

The single most joyous memory I have (and it is among many) is the day the college football team played a particular match on the Fairfield pitch. It was a sunny Saturday in 1972 and my parents and grandma had travelled up from Blackpool to join the small crowd that always gathered for our games. I had arranged for my great friend Adrian Newnham to rig up his super duper twin track cassette deck (!) with a recording of the Match of the Day theme tune, preceded by an impression (mine) of Jimmy Hill introducing our game. He placed it in the open window of his room on the second floor overlooking the pitch.

We allowed the opposition to run out first and then I gave Adrian the signal to switch on the tape, full volume. We ran out from the back of Fairfield across the small car park, through the little gap in the hedge and onto the pitch accompanied by this blaring sporting anthem. All in perfect single file, lifting our knees high and maintaining stern expressions as we had rehearsed. 1930s style.

I remember my grandma’s laughter and the smiles on everyone’s faces, apart from those of our opposition who thought we were idiots, which we most gloriously were.

It took me a few years to actually come to terms with the real world, such was the idyllic cocoon that CMC was to me. I always suspected that they were going to prove the happiest days of my life. Thus far I have been proved right (and I’ve enjoyed a full and happy life)!

I return to Ambleside regularly and still walk those fells. Wherever I look there are warm memories.

College life and the Lake District are passions that I have force fed my children and now my grandchildren.

My only real ambition was to actually qualify as a teacher, which I did.

I didn’t stay in teaching, but I did become a Training Consultant in the Civil Service and spent over 30 years training and coaching adults. I don’t feel I wasted any of those college years nor the teaching qualification I gained.

Would you like to share your memories? We would love to hear your stories from student days in Ambleside. Email alumni@cumbria.ac.uk