Thirty years since they graduated from Charlotte Mason College, former friends and staff met up on a beautiful sunny summer evening in Ambleside.

Michele Ward, from Oldham in Lancashire, first got in touch with the University of Cumbria’s alumni engagement officer, Joanne Lusher in early June 2018 and they discussed the idea of a get together to celebrate a thirty year celebration for the graduating class of 1989.

During the planning stages, a decision was taken to attempt to trace and invite former members of staff. Joanne Lusher stated: “All former staff of the University of Cumbria, Charlotte Mason College and our other legacy institutions are warmly welcomed into the alumni association. We were delighted that three of the classmates’ tutors were able to attend.”

The first guests arrived at the Beehive and much chatting and hugging ensued, very soon the room was alive with a joyous atmosphere, as the former classmates greeted each other warmly and reminisced about their happy student days.

Michelle said: “It was fantastic to meet up after so long apart! So many people had not changed one bit, lucky them. Within minutes of chatting to people you had not seen for thirty years it was almost like you had been transported back to the late 1980s and were sitting in the airport lounge waiting to go in for dinner!” 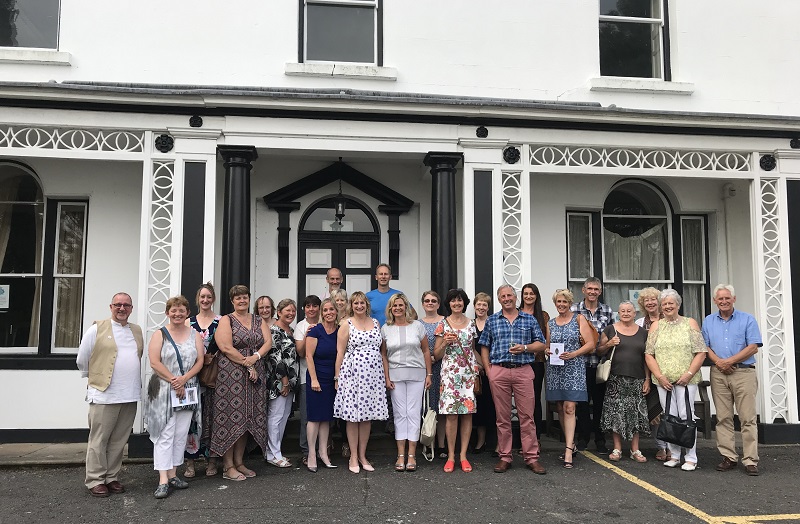 The group were taken on a tour of the campus to see if anything had changed, Michelle described the tour:  “The campus has certainly changed a lot, but I can see how it now meets the needs of a modern day university.

“The most striking change was no 'airport lounge'! However, we all commented on how nice the steps through the middle of campus were. They make it welcoming and draw you right through the heart of the campus. 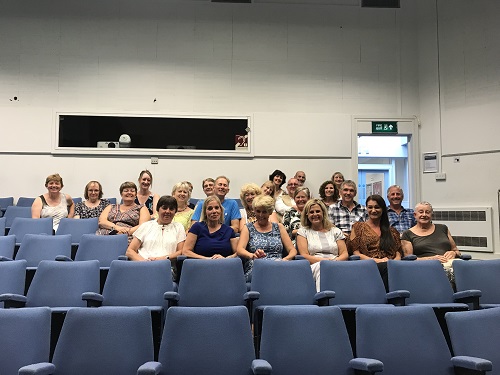 “We were saddened to hear of the demise of Scale How, but hope that the university is able to bring it back to life in some form or other. Obviously when we attended the college we were told about the history of the buildings and the impact Charlotte Mason herself had on education, so some tribute to her within Scale How would seem right.”

Drinks and nibbles followed, together with a slide show of old photographs.  Many guests had also brought their student photos albums to show as well. Michelle had even produced a booklet full of biographies of each guest, giving an update on where their lives had taken them over the past three decades.

Michelle summed up the event:  “It was fantastic to be able to return to our place of study and meet up with so many members of my year group and have a really good catch up on what has been happening to everyone.  Many comments were made about doing it again in 2029! Not sure about that! By the end of the weekend, I know I had certainly acquired a few more Facebook friends!