Stephen Twist started at St. Martin’s College in 1971, studying for his Cert Ed in order to find work as a teacher. Stephen graduated in 1974 and enjoyed a 30 year teaching career culminating in two headships. Now retired Stephen now lives in sunny Tenerife in a sea-front apartment with his wife and their Jack Russell Belle. Here Stephen shares some of his very fond memories of student life in the 1970s. 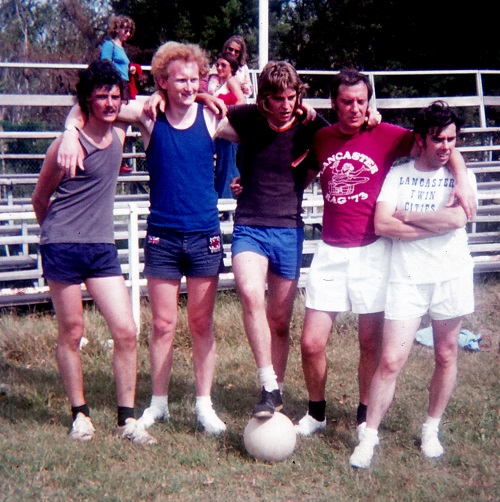 "My Cert.Ed was the initial teaching qualification through which I gained my entry into teaching.  In 1993, I gained an M.A. from Lancaster University, after a three year, part-time course of study. I was part of a pilot group of teachers/headteachers from the Wigan LEA, with whom I was a head teacher. The M.A. enabled me to use the skills and knowledge of my teaching experience to gain a degree in ‘Education Research’, which was a very useful way of looking at my role in a more in-depth, analytical way."

"My father was a head teacher and when I was a child, people would ask me if I was going to be a teacher, like him. I always said, ‘No’ but when I was 17, he died and shortly after, I woke up one morning and an ‘internal’ voice said, ‘You’re going to be a teacher.’ To gain a teaching qualification in the beautiful surroundings of a city that I knew well and was only 50 miles from my home in St Helens, Merseyside was great." 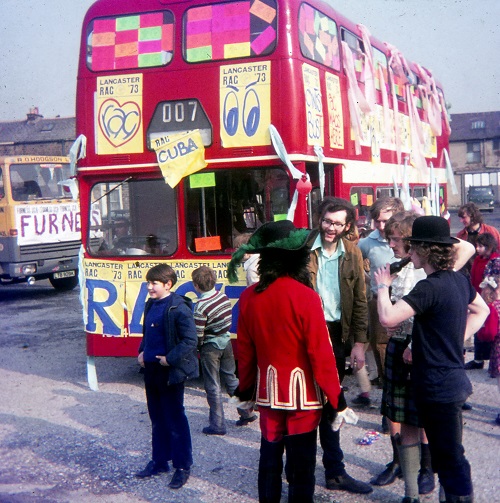 "I was a ‘social animal’ and particularly enjoyed this aspect of college life.  I was delighted to be rag chair in 1973. The purpose of rag week was simply to raise money for charity while having the best possible time and the most fun. Lancaster rag was usually held in February. We would have a rag committee whose job it was to come up with the contents of the rag mag, ideas for fund-raising and their administration, and the presentation of monies to charity."

“The main event, as far as I was concerned, was the annual ‘rag walk’, a sponsored event from Manchester to Lancaster for those who wished to take part. The event got under way in the relatively early hours, when the disco deck was brought from the JCR to the sixth/seventh floor of the William Thompson Hall, whereupon loud music would be played to wake, not only the campus, but also the residents between the college and Bowerham Road.” 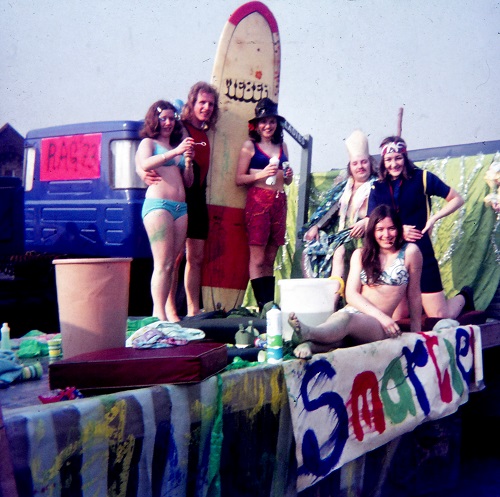 "In the year that I did it, I remember ‘Also Sprach Zarathustra’ being belted out, at high volume! Students would board buses to Manchester, a distance of around 50 miles, and would then set off following the A6, back to college. Some made it, some didn’t, my friend and I dropped out near Galgate on a pitch-black A6, shortly after being stopped by a police patrol for carrying a ‘borrowed’ workman’s lamp, for safety reasons in our own minds!!

We also had a rag parade, through Lancaster city centre. At that time, the centre was open to traffic and the parade put the college and university firmly in the minds of the general public, who were also able to contribute on the day."

"In my teaching career, I had two headships: the first one was very successful, so needing a new challenge, I moved to a ‘difficult’ school which, shortly after, went into special measures. The challenge was to amalgamate two schools and oversee the building of a new school, while all this was going on. I was also supporting a staff that had had little, or no, encouragement previously. HMI decided that the school was not moving forward quickly enough and so I was given a choice. I decided to resign at the age of 52, which was the end of a teaching career of 30 years, as it had been said that the school was not moving forward quickly enough."

"I achieved what I wanted to achieve and stuck to my educational principles. I was happy to leave. In my view, life’s journey has one inescapable end, but I would say this: It’s good to take the journey and it’s the stations you call at that matter in the end."