It was always going to be a nostalgic visit for a nonagenarian who says her student days at a world-renowned Lakes’ institution shaped her whole adult life.

When Audrey Wright, 90, returned to Ambleside’s former Charlotte Mason College, the retired teacher spoke of her joy at seeing again the seat of learning which had inspired and enthralled her. 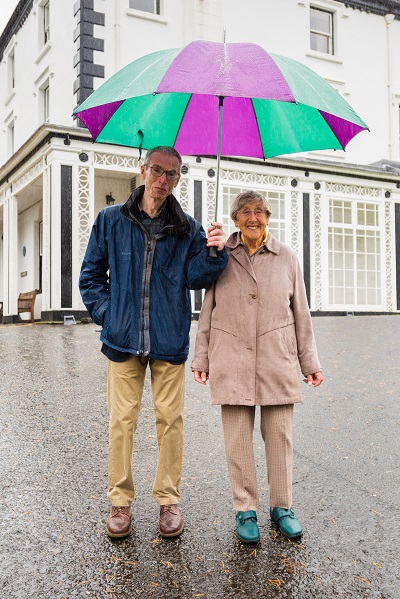 Now part of University of Cumbria, the old teacher training college has had a major impact on her family. Through it, she met her mother-in-law, a former student, and her husband. Her granddaughter attended a school based on Charlotte Mason principles.

Mrs Wright explained: “My time here was very happy, I loved it. I developed a lasting interest in nature, music and the outdoors. The college made a tremendous impression on my life, and in particular left me with a very enquiring mind.

“I made six long-term friends and am still in touch with three of them.”

Charlotte Mason had originally established the college to school governesses in the late 1800s and later spearheaded its development into teacher training. 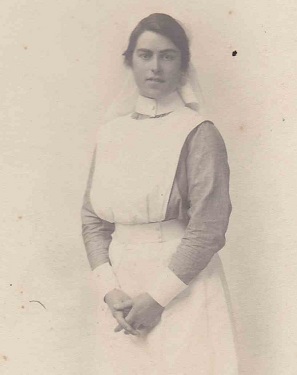 Mrs Wright’s mother-in-law, Lois Chaning Pearce, studied there and is likely to have been taught by Charlotte Mason. She became a governess, and later a Red Cross nurse volunteer in the first World War.

Serving onboard hospital ship Aquitania, which had capacity for 4,200 casualties and was picking up wounded servicemen from ports in the eastern Mediterranean, she also nursed in France in 1917 at Abbeville and Le Treport hospitals.

Lois married famed cricketer Richard Wright, later establishing her own school in Sussex. She approached her old Ambleside college for staff and duly appointed the woman who was to marry her son, also a teacher.

Now living in Bexhill-on-Sea, Mrs Wright paid tribute to Charlotte Mason, who strongly advocated a ‘liberal education for all’.

She added: “I came to the college just after the war in 1947, and thoroughly enjoyed it. The wide curriculum was a great influence on my life.

“I still remember the Tuesday evening soirees where we talked about a chosen topic. Mine was Anna Pavlova, the Russian ballet dancer. It was hard to do research then, so I ended with a gramophone recording of the swan dance from Saint Saens’ Carnival of the Animals.

“We skated on frozen lakes, enjoyed being part of the Guiding movement and meeting Lady Baden-Powell, as well as all the outdoor opportunities being in Ambleside brought.

“Coming back and remembering those special days has been wonderful.”

He added: “She’s 22 now and studying pharmacology at Bristol University, but attended a Parents’ National Education School (PNEU) in Maidenhead, where a picture of Charlotte Mason was proudly displayed in the hallway.

“We are grateful for our family’s long association with her and hope current students draw inspiration from her ideas and teachings, leaving with happy memories that are similar to our own.” 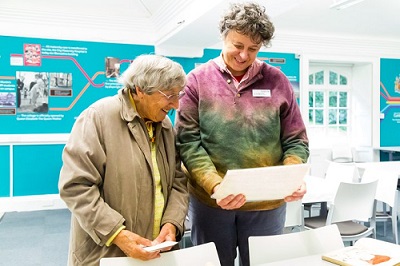 Director of University of Cumbria’s Ambleside campus, Professor Lois Mansfield, said it had been a pleasure and privilege to meet Mrs Wright.

She added: “Charlotte Mason was an educational pioneer and now an iconic figure in Australasia, Canada, Japan, India and the States, where hundreds of families have adopted her principles for home schooling.

“PNEU have schools across the UK, closely linked with Charlotte’s philosophies.

“It has been wonderful to meet the Wright family and hear how one remarkable woman has touched their lives so closely.”

Director of the Charlotte Mason Institute in America, Professor Carroll Smith, explained that their iconic figurehead was huge in America because of a book For the Children’s Sake, written by Susan Schaeffer Macauley.

She had sent her children to a UK PNEU school and following the publication of her book in 1984, the Charlotte Mason movement fast gathered momentum in both the US and Canada.

Professor Smith said: “Many of the people who are using her methods today are homeschool parents who read Susan’s book.

“Our institute has a curriculum, CM’s Alveary, a word that has two meanings, beehive and library, after the building on the Ambleside campus. We currently have 723 families using it.

“We also have a number of schools using Charlotte’s methods and are thrilled to hear of the Wright family’s long associations with her. Especially remarkable is that Audrey’s mother-in-law was probably taught by her.”