‘I will never forget it. It was September 1960. I was 18, an only child brought up in Walkergate in Newcastle. When I got to Ambleside I walked up the drive in fear and trepidation.

"I loved every minute of the 3 years I spent at Charlotte Mason and cried when I had to leave, they were the best 3 years of my life."

Pam Moorhead remembers so much about that day, and her arrival at Charlotte Mason.

‘My parents didn’t have a car so I had to get the bus, and it stopped at Alston for half an hour on the way because it was such a long trip. I’d never been away from home before.

‘When I got to the college I was given a room in Beechfield Cottage. There were three of us there and we clicked straight away.

‘Angela, a farmer’s daughter from County Durham, came out when I arrived. I knew nothing about the country. A cowherd came by driving his cows and I was petrified. I’d never seen anything like that. I ran back into the house. Angela thought it was hilarious, she became my best friend. 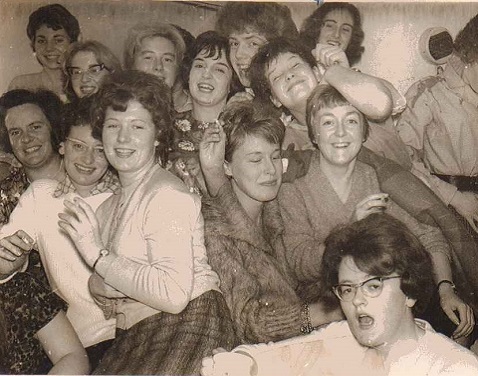 Pam adored the village and the college. ‘I loved Ambleside. I thought, I’m lucky to be here.'

‘And I really was lucky. My parents weren’t wealthy. The college had been a private training college until just before I arrived and they still had the same uniform – the only place you could get it was Harrods, which at the time I’d never heard of and it didn’t mean a thing to me. When I realised later how much it must have cost my mother and father...'

It was a sound investment in their daughter’s future. After a successful three years in Cumbria, Pam went back to her home city to teach. She took a break to raise her two daughters and after resuming her career became the head at Lansdowne First school in Forest Hall, Newcastle.