Eighteen-year-old Pat Howarth was a down-to earth lass from Bury when she turned up at Ambleside to train to be a teacher in 1960 – and she witnessed at first hand the beginning of the end for the class system that existed in British teaching.

‘We were part of the first cohort of trainees from the state system,’ she says, ‘so we first years were very different from the third year students. They were from the era of boarding school girls who became governesses, it was a completely different world from us.’

The arrival of Pat and the rest of her year at Charlotte Mason in the early 1960s inevitably led to those two worlds colliding. ‘They were the ladies,’ she says, ‘and we were the hoi polloi.’

Rules of etiquette which would seem quite bizarre today were commonplace then, and they were rules which the new trainees weren’t used to.

‘We had to learn to use certain manners. For instance, when you sat down for lunch and wanted some salt you couldn’t just pick it up and sprinkle it on. You had to say: “Would you care for some salt, Miss whatever-her-name-was?” And she would reply, ‘no, I don’t care for any, but if you would like some, please do.’

She laughs, and laughs some more when she remembers the dances – the ‘hops’ – that the students would arrange, and the consternation it caused when the state-funded students began to invite ‘the wrong sort of people’. 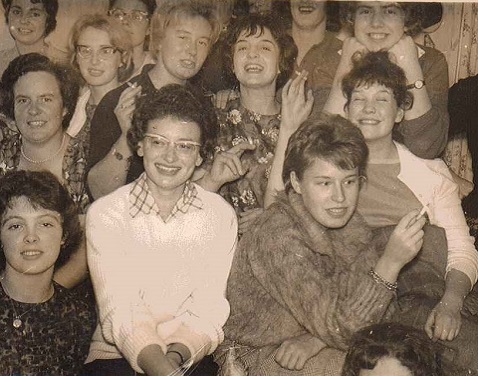 ‘We were an all-girls college of course, so the dances were quite a thing because we could invite men!'

‘Up until our time only certain types of men were invited, and they were definitely not the locals. They were usually fellows from the ‘right’ kind of places – military places like Catterick Garrison, or good schools, or people who had come to the Outward Bound.

‘But in our time we began inviting village boys, and it was made very clear that it wasn’t the done thing. They were very much frowned upon.’

Pat’s role in the democratisation of the nation took a new turn when she graduated from Charlotte Mason. It was a time when government was shifting the masses out of London into huge overspill estates on the outskirts.

‘They were crying out for teachers then,’ she says, ‘if you wanted to go down there you just got a job.’ She joined a school east of the capital, and says that ‘the day I began there were six other newly qualified teachers starting with me.’

By now known as Mrs Pat Ormerod, she taught for four terms before her first child arrived. ‘I took a 12-year-gap and didn’t really know if I’d go back. But I did and I taught for 25 years until I retired,’ she says.

Cumbria still holds a special place in Pat’s mind, and in her time at Charlotte Mason she saw a lot of it.

‘When we were doing teaching practice they would bus us out to the schools, we’d go to places like Barrow, Carnforth, a long way. You’d be on the road before 7am, and if you were the first to be dropped off you’d be the last to get picked up that evening. They were long days, but it was what we did, most of us really just wanted to teach.’